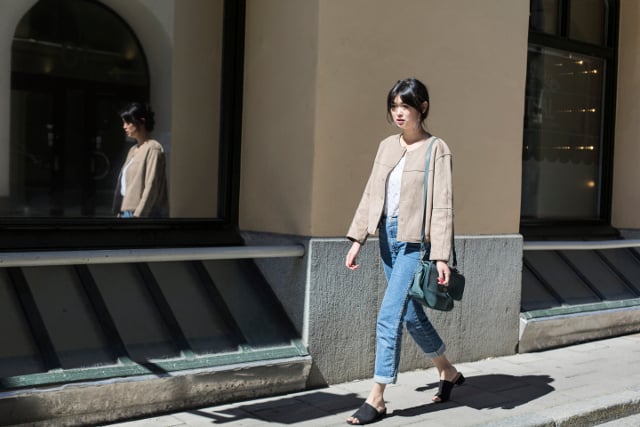 Gui was arrested on a train to Beijing just over two weeks ago while accompanied by two Swedish diplomats — the second time he has disappeared in murky circumstances into Chinese custody.

His daughter Angela Gui, 23, told AFP she had heard nothing from him since and had received no information about where he might be.

“There are all sorts of awful scenarios that could be unfolding,” she said, speaking from England, where she is a student.

The United States and European Union have called for Gui's immediate release and his disappearance has sparked a diplomatic row between Stockholm and Beijing.

But Chinese authorities have so far publicly parried requests for information, suggesting only that Swedish diplomats had somehow violated Chinese law.

Civil society has come under increasing pressure since President Xi Jinping took office in 2012, with authorities rounding up hundreds of lawyers and activists.

“I just hope that Sweden and other governments will be as vocal as possible,” Angela said.

“I want them to demonstrate actual consequences, instead of just repeating how unacceptable it is.”

It is the second time 53-year-old Gui, who was born in China but went on to become a Swedish citizen, has been snatched.

He first disappeared in 2015, one of five Hong Kong-based booksellers known for publishing gossipy titles about Chinese political leaders who went missing and resurfaced in the mainland.

Gui vanished while on holiday in Thailand and eventually surfaced at an undisclosed location in China, confessing to involvement in a fatal traffic accident and smuggling illegal books.

Chinese authorities declared they had released him in October but his daughter said he was under “loose house arrest” in the eastern mainland city of Ningbo, where some of his relatives still live.

Angela told AFP she had spoken to her father on Skype multiple times a week in the past three months and that he was able to move around the city, but was followed by police.

He had been allowed to go to the Swedish consulate in Shanghai three times to apply for documentation, including a new passport, and Angela said she did not believe he had been told explicitly to stay in Ningbo.

Angela graduated from England's Warwick University with a master's degree the day before her father disappeared again and had spoken to him ahead of the ceremony.

“He said: 'I'm very sorry that I can't be there'. I told him it was alright because I'm doing my doctorate now, so there was another one for him to come to,” she said.

“I was hoping that there would be an end to this soon and that he might be able to come home.”

On January 20, Gui was grabbed by plainclothes police while on a train between Ningbo and Beijing, where he was due to have a medical appointment.

Chinese officials have given no public reason for his detention. Angela fears he may now be put on trial and receive a longer sentence, jeopardising his health.

Doctors in Ningbo said her father may have the neurological disease ALS — he had been on his way to Beijing to see a Swedish specialist.

The muscles in his hands had begun to atrophy and he had lost some sensation in the soles of his feet, Angela said.

Rights groups had pushed for him to be allowed to seek medical treatment abroad. It was the first time a Nobel laureate had died in custody since Nazi Germany.

Angela said the international community must snap out of its “paralysis” over the case, describing her frustration that more had not been done to get her father out of China sooner.

“He shouldn't have been abducted again in the first place — there should have been a way of getting him home before that,” she said.

“Or there should have been a way of making sure he was safe when he was travelling.”

A spokesman for the Swedish government told AFP that “intense efforts” were underway, but would not say if they had received any information as to Gui's whereabouts.

A Western diplomat in Beijing said he feared Gui would not be released “any time soon”.

“The circumstances of his abduction are unprecedented,” he told AFP.