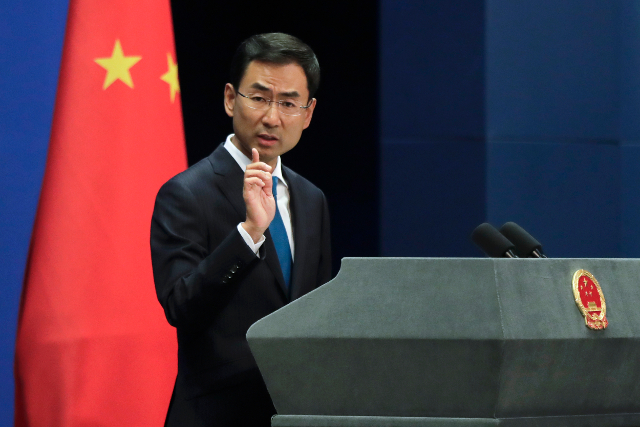 Gui, 53, was arrested on a train to Beijing just over two weeks ago while being assisted by two Swedish diplomats – the second time he has disappeared in murky circumstances into Chinese custody.

“Because of the violation of Chinese laws, the relevant Chinese authorities have taken criminal compulsory measures against Gui Minhai,” foreign ministry spokesman Geng Shuang told a regular briefing, referring to a form of detention.

But Geng did not indicate what charges Gui may face.

Sweden's Foreign Minister Margot Wallström on Monday called the seizure a “brutal intervention” that was “in contravention of basic international rules on consular support”.

But the Chinese foreign ministry said the two countries have “maintained smooth communication” on the case and rejected Stockholm's criticism as “irresponsible”.

“The Swedish side should know the case is serious in nature and some Swedish people have played an irresponsible role in this,” Geng said.

“China will never accept the irresponsible remarks made by the Swedish side and we strongly require the Swedish side to refrain from doing the things that will undermine mutual respect and overall picture of the bilateral relations.”

Gui was on holiday in Thailand at the time. He eventually surfaced at an undisclosed location in China, confessing to involvement in a fatal traffic accident and smuggling illegal books into the mainland.

Chinese authorities declared they had released him in October but his daughter Angela Gui, 23, told AFP that he was under “loose house arrest” in the eastern mainland city of Ningbo.

Gui said she fears he may now be put on trial and receive a longer sentence, jeopardizing his health.

Amnesty International China researcher William Nee said Gui is at risk of torture and other forms of ill treatment.

“Given reports of Gui Minhai's deteriorating health, it is crucial that Gui Minhai receives adequate health care, is granted consular access, and can meet laywers of his own choosing,” Nee told AFP.

“The Chinese government cannot simply sidestep international law because they arbitrarily deem a case to be 'serious'.”