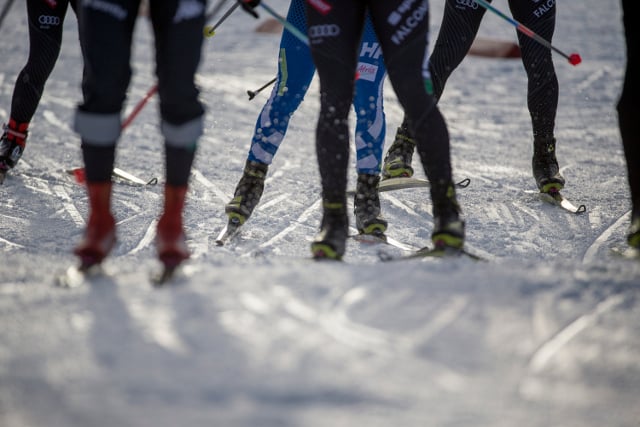 Britain's Sunday Times newspaper and German broadcaster ARD had said on Sunday they had received a database of around 10,000 blood tests taken from 2,000 cross-country skiers and found that 290 showed suspicious blood data.

Swedish broadcaster SVT's investigative programme Uppdrag Gransking showed results of blood tests taken from a Swedish skier over several years to a US anti-doping expert who said it was “virtually certain to be doping“.

International media claimed that more than 50 cross-country skiers set to compete at the Winter Olympics beginning in Pyeonchang on Friday appeared in the database with “abnormal ” bood readings.

However, World Anti-Doping Agency (WADA) director general Olivier Niggli said the organization could do little if the media outlets don't give them access to the leaked database.

“WADA notes these allegations and we have written to the media outlet involved (The Sunday Times) in order to ascertain from where these data originated and some more detail about what is contained within them,” said Niggli.

“WADA is committed to reviewing all information received to determine the possible actions that need to occur.”

“Unfortunately, The Sunday Times has refused to share the data with us, making it difficult to comment on the specific allegations contained within the report.”

“However, it appears that according to the reports, the great majority of the data pre-date the Athlete Biological Passport (ABP), which was introduced in November 2009.”

The samples were collected between 2001 and 2010, and analyzed, according to the Sunday Times, by “two anti-doping experts”.

ARD said that many athletes returning suspicious results had gone on to win Olympic and world championship medals.

“46 percent of medals awarded at the Worlds and Olympic Games between 2001 and 2017 – 313 medals – were won by athletes whose values have presented one or more abnormalities,” ARD said on Sunday.

Most of those athletes came from Russia, ARD said, but some hailed from other strong cross-country nations including Norway, Austria, Germany and a dozen Swedes.

The ABP greatly helped WADA in the fight against doping as it recorded variables over time in an athlete's biological data which could indirectly reveal the effects of doping, rather than pinpoint the individual use of a doping substance or method.

“Since 2009, we have been monitoring the ABPs and atypical profiles of International Ski Federation (FIS) athletes,” added Niggli.

“As always, WADA is committed to doing what's necessary to ensure a level playing field for clean athletes of the world and, as a result, we take these reports seriously.”

This is the latest in a slew of doping scandals – mostly relating to Russian athletes – to have been revealed over the last two years.

Russia has been banned from the Pyeongchang Games over state-sponsored doping but many athletes are allowed to compete as neutrals.

The International Olympic Committee received a blow last week, though, when the Court of Arbitration for Sport overturned lifetime bans on 28 of 39 Russians barred for life for doping.