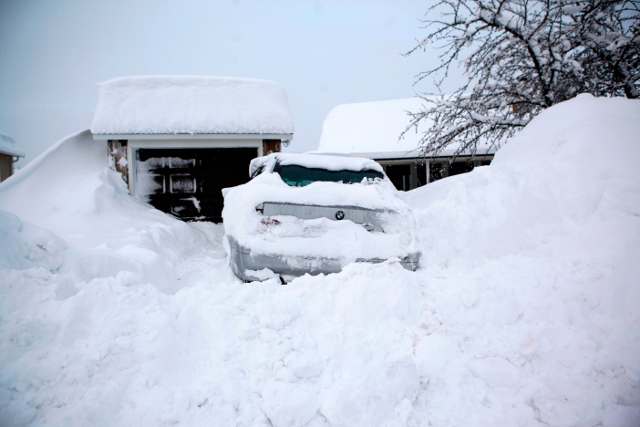 A snowed-in car in Sundsvall on Friday. Photo: Mats Andersson/TT

Between 7pm on Monday and 7pm on Tuesday temperatures did not climb above 0C anywhere in Sweden, according to weather agency SMHI, which had been keeping a close eye on the mercury.

It is referred to as a national isdygn (is means ice and dygn is a period of one day and one night) and means that temperatures stayed below freezing in the whole country for at least 24 hours.

“We have a few coastal stations at around -0.5C. That's very close but still below zero,” SMHI meteorologist Petter Lind told the TT news agency on Tuesday evening.

By Wednesday morning the mercury had edged above zero in some places, with Väderöarna on the west coast being the warmest place at 7am with temperatures of 0.2C.

That's positively balmy compared to Gielas in northern parts of the country, the coldest place at 7am on Wednesday with a shivering -25.1C.

Sweden had its coldest night of the winter over the weekend: -39.5C in Nikkaluokta. That's nowhere near its all-time record: -52.6C in Vuoggatjålme in 1966.