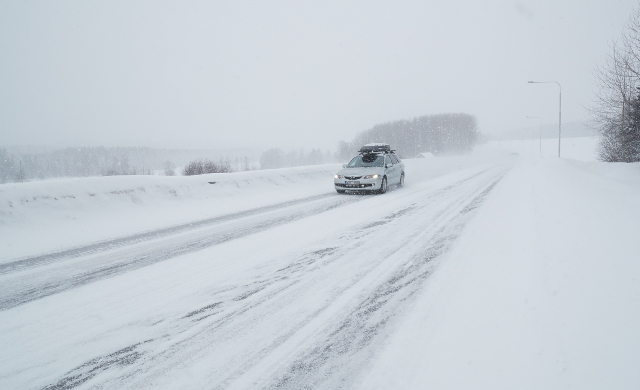 Sweden's February school holidays (the 'sportlov' week) started in some areas of the country on Monday – a week when many families choose to travel to the mountains to hit the slopes.

But skiing hopefuls in the Jämtland mountains and southern and northern Lapland mountains should expect a windy start to the week, national weather agency SMHI warned early in the morning.

“Remember that when it's windy it feels very cold even if the mercury isn't far below zero. So remember to wear warm clothes,” said broadcaster SVT's meteorologist Sara Rindegren.

SMHI issued a class-one warning (the least serious on a scale from one to three) of wind and drifting snow in western Norrbotten and Västerbotten counties on Monday.

“Quite a bit of snow is expected and quite a bit of 'sportlov' traffic. So it's good to keep that in mind when you hit the road,” said Swedish radio traffic reported Elisabeth Edberg.

SMHI also issued class-one alerts for snow, wind and flooding along the coast north and south of Stockholm and southern Sweden.