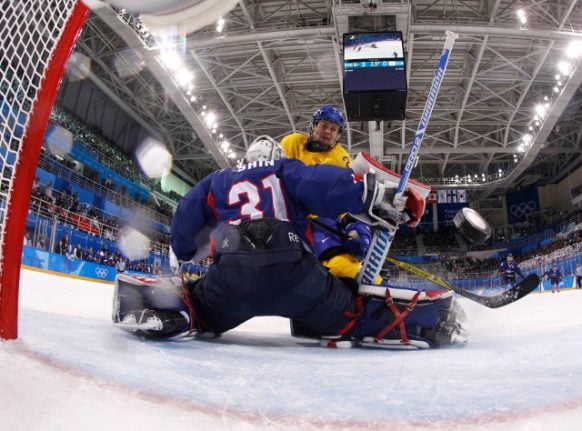 The unified team for the Winter Games in South Korea was the product of a landmark deal betweeen the South and North Korea – the neighbours still technically at war – after a year of high tensions over Pyongyang's nuclear and missile tests.

The home crowd – seated among them the North Korean cheerleaders – roared their players as they skated onto the ice in their blue-and-red jerseys, “KOREA” emblazoned over a pale blue silhouette of the peninsula.

The joint team is deeply symbolic, but as a hockey side they were at the Games with little hope of making a serious impression in terms of the competition.

And so it proved as they were hammered 8-0 for the second time in a row, this time to the Swedes, ranked five in the world.

Sweden were 3-0 up in just ten minutes and the heavy defeat means Korea play Japan on Wednesday in their final match in a deadrubber.

The unified hockey team was hastily assembled only two weeks before the Olympics began – and it showed in the one-sided losses to Switzerland and now Sweden.

“Adding new players obviously isn't easy but I think going into this tournament we knew it was going to be tough,” said the joint team's Canadian coach Sarah Murray.

But even as the home team were being pounded, the 200-strong North Korean cheerleaders in red, blue and white tracksuits chanted “Cheer up”, clapping and waving mini-unification flags in unison and setting off a Mexican wave.

The unity was interrupted when a four-member South Korean cheering group, in t-shirts and pink shorts, skipped and hopped to Avril Lavigne's “Girlfriend”.

The North Koreans responded with songs of their own – mostly old folk numbers, including a ballad longing for one's home town – showing a deep cultural divide between the two halves of the divided peninsula.

IN PICTURES: This is what it looked like when Sweden defeated the Korean team

The Games have triggered a rare moment of reconciliation between the two Koreas.

Only a few months ago, Pyongyang's missile and nuclear tests and exchanges of threats with Washington were driving tensions sky-high.

But in a whirlwind of Olympic diplomacy, hundreds of North Koreans came South last week to attend the Pyeongchang Games.

And in extraordinary scenes the North Korean leader's sister Kim Yo Jong cheered the unified team together with the South's President Moon Jae-in in the defeat on Saturday to Switzerland.

Despite the disappointing consecutive losses local fans at the stadium were more bothered about the significance of the joint team.

“I know we lack skill compared to other teams but I hope they will play with one mind,” said Kim Sang-wook, 62, from Seoul.

Koo Bon-jae, a 20-year-old student from the South Korean capital, added: “I was initially against it but I was touched after seeing them on the ice together.”

Since the division of the peninsula the two Koreas have only competed as unified teams in 1991, when their women won the team gold at the world table tennis championship in Japan, and their under-19 footballers reachedthe world championship quarter-finals in Portugal. 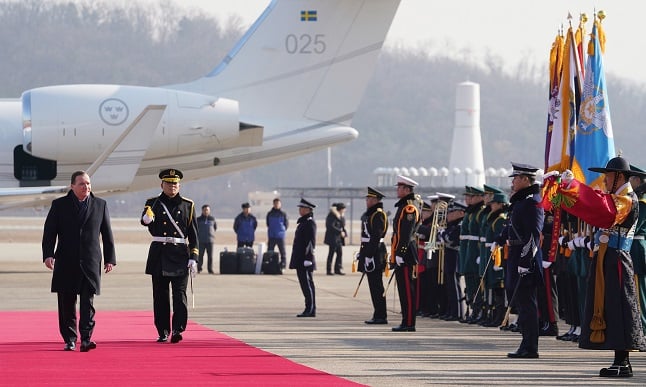