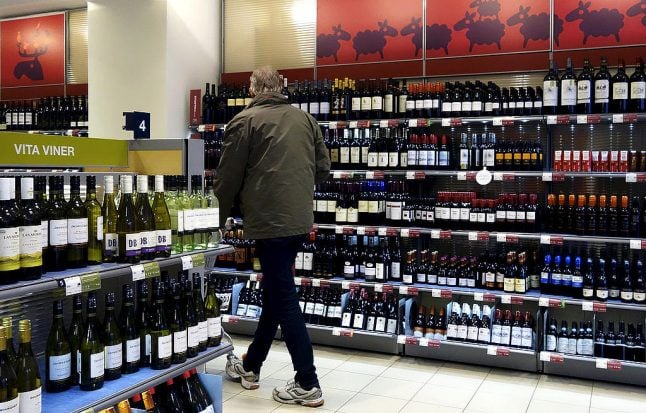 Swedes may be drinking less alcohol, but sales are up at Systembolaget, according to fresh figures from 2017.

The explanation? Swedes are getting into the pricey plonk.

“We're seeing that there are more people choosing a more expensive product,” the CEO of Systembolaget Magdalena Gerger told the TT news agency.

The alcohol chain saw a 3.1 percent increase in sales last year, which Gerger said was partly due to the sales of “premium wine”, or bottles priced at 120 kronor and over.

The fact that sales are going up at Systembolaget may come as a surprise to some, not least considering the fact that Swedes are drinking eight percent less alcohol than they did ten years ago, according to 2016 figures from the Swedish Council for Information on Alcohol and Other Drugs (Centralförbundet för alkohol- och narkotikaupplysning – CAN).

Gerger at Systembolaget said that the trends were important because they reflected the key goals of the state-run alcohol chain – namely to offer good quality drinks and to keep consumption down.

“Our goal is to succeed in combining a Sweden that feels a little better, where we have respect for one another, and where we continue to aim for good quality,” she said.

The annual report found that the increase in drinking higher-priced wine, beer, and cider was noticeable across the whole country, but especially in the bigger cities.

Meanwhile, Swedes' undying love for Systembolaget remains true to form, with 84 percent of the store's customers reportedly pleased with the chain. And some 76 percent defended Systembolaget's monopoly on alcohol.