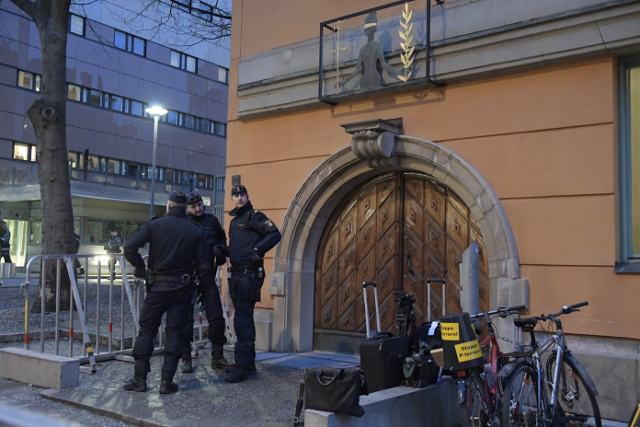 Akilov had sworn allegiance to Isis before he stole a truck and ran down pedestrians in the city's busy Drottninggatan street on April 7th, though the jihadist group never claimed responsibility.

The high-profile trial – described as one of the largest trials in Swedish history – gets under way at Stockholm District Court on Tuesday morning, with no chances being taken on security measures.

Akilov, 39, was brought into the courtroom just after 9am. He will be heard behind reinforced glass in the underground security room, with plaintiffs following the trial from an adjacent courtroom.

The proceedings are being interpreted into Russian for the Uzbek national.

The trial, which is expected to run until mid-May, starts on Tuesday with prosecutor Hans Ihrman making his case by summarizing the suspicions against Akilov and selected parts of his evidence, followed by a summary by the defence and plaintiffs. This is expected to take three days, if necessary four.

“500 metres, 40 seconds, 12.5 tonnes of metal, an average speed of 60 km/h on a pedestrian street full of unprotected people. It is an attack on the lives of many people. It is also an attack on our society,” said the prosecutor after reading out the names of the five victims who died, ten people who were injured, and another 130 names of people who were not physically harmed but were put at risk of being killed.

Akilov's lawyer Johan Eriksson said his client does not admit to all the attempted murder charges, but does plead guilty to terrorism and attempted terrorism. Akilov does not oppose the prosecutor's demand that he be deported after serving his sentence, “given the legal requirements are fulfilled”.

Akilov himself is expected to be heard next week. This will be followed by a number of days of plaintiff hearings, witness hearings and the prosecutor's and defence's concluding statements in May.

The verdict and sentence (on the same day in Sweden) are expected to come by late June.

Akilov, who arrived in Sweden in 2014 and went underground after his request to stay in the country was rejected, was arrested in Märsta north of Stockholm hours after his attack, and confessed.

He faces a number of charges of which the most high-profile are “terrorism and attempted terrorism”.

Legal experts say that whether or not the court finds him guilty of the particular charges relating to terrorism will come down if it is determined that his acts were intended to seriously harm Sweden as a country.