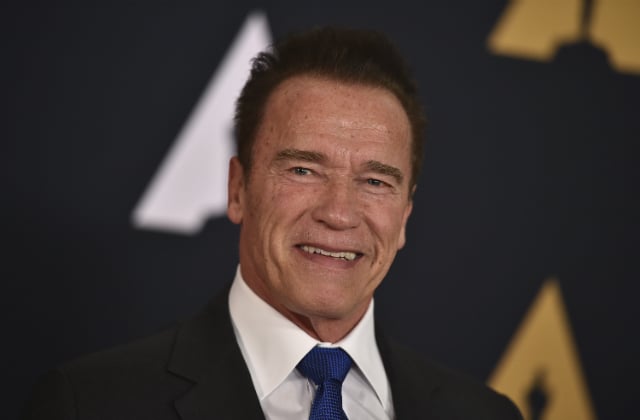 In the feature-length version of 'Kung Fury' Schwarzenegger is set to star as the US president. Photo: Jordan Strauss/Invision/AP/TT file picture

Schwarzenegger will appear as the US president alongside an already star-studded cast including David Hasselhoff and Michael Fassbender, writes Hollywood Reporter. Hasselhoff made a cameo appearance in the 'Kung Fury' short film which premiered at the festival in Cannes in 2015 (check out the video below).

“Honoured beyond belief to get a chance to work with the one and only, Arnold Schwarzenegger!!,” David Sandberg, the creator and director of the Swedish action sensation, confirmed on Instagram.

“Kung Fury” is a 30-minute-long martial arts action comedy which shot to fame after becoming the biggest kick-starter project in Sweden, amassing a total of 4.3 million kronor ($536,790). The bulk of the raw material was filmed in front of a green screen in Sandberg's hometown of Umeå, in northern Sweden, requiring massive post-production work. It has garnered more than 40 million views worldwide.

The film is set in Miami in the 1980s, where the main character, detective Kung Fury, keeps the streets safe and sound until his Thundercop partner Dragon is killed, after which Kung Fury gets extraordinary Kung Fu powers. A foe, Adolf Hitler a.k.a. Kung Führer, then enters the plot unleashing a real good-vs-evil action war that also sees Kung Fury sent back in time, to both the Viking Age and Nazi Germany.

According to The Hollywood Reporter, the feature-length movie is set to be filmed in Europe and the United States this summer.