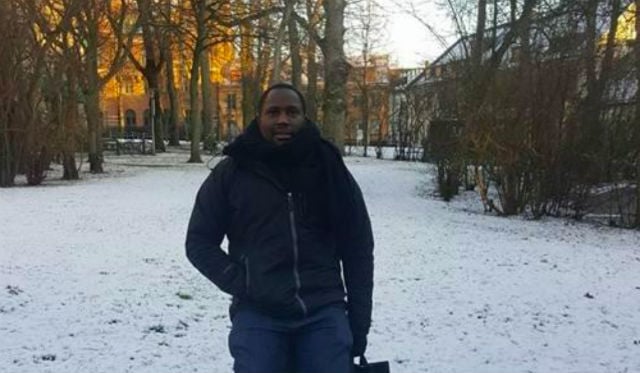 It’s been close to six months since I arrived at Lund University for my master’s degree which is being funded by the Swedish Institute.

I originally set off a day after the official arrival date which meant I had to find my way to Lund by myself. On my way to Sweden, I missed my connecting flight because my phone had automatically changed to the new time zone so I had to buy another ticket from Belgium to Copenhagen!

On the train, I was struck by the beauty of my new environment, especially the bridge connecting Sweden to Denmark. This was also the first time in my life I had been on an electric train.

When I reached Malmö, I got off the train and it was at this time I first encountered Swedish hospitality. I spoke to the train inspector and told him how I needed to get to Lund but that I didn’t have any money left on me and it was my first time as an international student in Sweden.

He looked at me and said: ‘Get back on the train, sometimes one has to come to work with their heart’. I have never forgotten that moment and have made it my mission to learn more about this country and unlearn what I’d read about Swedes in general. I realised that they were probably not as complicated to understand as most of the literature had portrayed!

I eventually found my way to Lund, and have since settled in.

A lot has happened in both my academic and social worlds since I moved to Lund. There was an inevitable culture clash; the level of organisation here is beyond anything I’d known before and something I’ll talk about for a very long time!

In the first week of my stay, I generally missed everything I’d left back home but I also appreciated that I had a life-changing opportunity to come and further my education and career.

There were so many strange things! The sun didn’t set until 9pm and I was also inspired to see people both young and old riding bicycles. I reflected on all the times I had been stuck in a traffic jam, with all the old, used cars emitting all sorts of fumes into the environment and I questioned the sustainability of the way we travel back at home. I don’t know how to encourage more people there to cycle to work, as they identify riding a bicycle with poverty and don’t think about it from a health perspective.

In the last six months, I’ve been active in all study activities, like the student association and nations activities. I want to make the most of my stay in Sweden! Not even the darkness or the much-dreaded winter has stopped me. I have had the opportunity to attend committee and board meetings, and although I have attended meetings before, the multicultural setting made these seem very different.

I particularly like Sweden and the Swedish people for promoting equality and transparency. I soon realised my voice in these meetings was valued and appreciated, and this has boosted my confidence. I have worked within groups on the academic front and the social front and it’s a wonderful thing to learn from others and vote on issues where every vote is valued.

The Swedish Institute has offered me an opportunity to see the world, which is something I could never have imagined. It’s allowed me to experience the culture, museums and landmarks that before I could only read about in books and magazines.

I feel like I’ve become accustomed to the local ways and traditions, something I thought would take longer than six months! It’s said that Swedish people like their space, but I’ve had incredibly wonderful experiences with Swedes who have gone out of their way to make sure I integrate into the system.

There is nothing quite so fascinating as navigating a new country on your own. I have also been able to meet many new people who I’m sure I will have lifelong relationships with. Adapting to such a diverse environment has been testing at times, but I have embraced the challenge with open arms.

I have begun language lessons, something which is equally exciting and challenging. I hope I will be able to write in the Swedish language six months from now! Studying abroad on a scholarship really is an experience like no other.