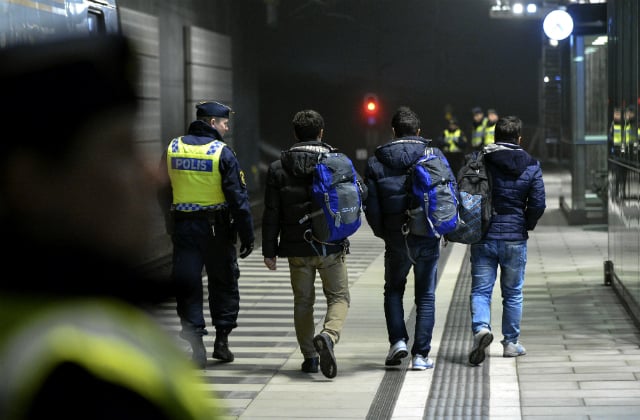 Last year, 12 suicides were reported among unaccompanied refugee children and youths in Sweden, compared with fewer than 10 reported cases in 2016, and zero in 2015.

“It's nine times as high if you compare it to children and youths of the same age group who grew up in Sweden,” Petra Rinman, head of the department for Knowledge-Based Policy of Social Services, Unaccompanied Minors Centre, at the National Board of Health and Welfare, told The Local. “It's atrocious and very, very worrying.”

“We already knew that the number was high, which is why we commissioned this report, but it's really horrifying,” Rinman said.

The report, commissioned by the National Board of Health and Welfare and conducted by researchers at the Karolinska Institute, found that all reported cases in 2017 were among males between 10 and 21 years of age, with a majority of them originating from Afghanistan who were waiting for their asylum requests to be processed.

Rinman said that multiple factors play into these youths' mental welfare. “A lot of them have lived through traumatic experiences before even leaving their homeland – they've been child labourers, suffered abuse or have little or no schooling – and then also during their journey to Sweden, and finally when they actually get here.”

She said that for some of them, the long asylum process once they arrive in Sweden means that they turn 18 – and therefore fall under the asylum procedure for adults – while they are still waiting, meaning they no longer have the same rights and security as they did when they were considered children.

“It's an enormous stress,” she said, adding that while still under 18 and considered a child, they are under the responsibility of a municipality which is obliged to place them in school and a safe place to stay.

“Once they turn 18 they come under the responsibility of the Migration Agency, and have to move (to asylum accommodation run by the agency). It's a big risk factor because it means they are uprooted from the school they go to, the home they're staying in and other social factors that provide them with security.”

Rinman said that to prevent suicides, this particular group needs a safe and secure environment – in particular having a stable home and schooling – as well as having psychological and social support more readily available.

Ellenor Mittendorfer-Rutz, one of the authors of the report, told The Local that although the suicide rate is already very high, the real rate for the period between 2015 and 2017 is most likely even higher due to difficulty of accurately tracking these children and youths because of their lack of Swedish social security numbers (personnummer). “And what we're talking about here are just cases that have been reported, with most of the information supplied by charity organizations,” she said.