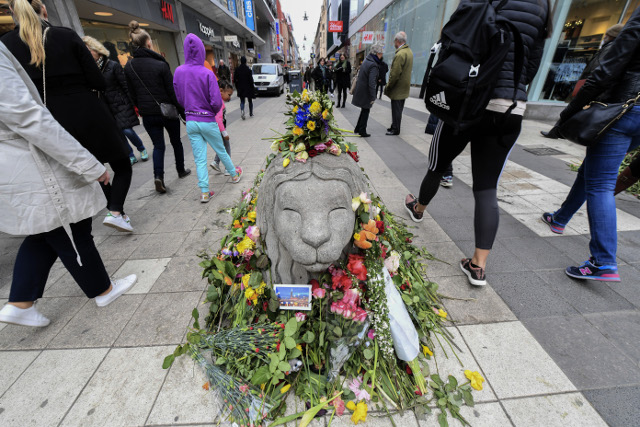 Flowers left on Drottninggatan a few days after the attack. Photo: Fredrik Sandberg/TT

The trial over the Stockholm attack is unusual in that Akilov survived, Ihrman said at a press conference following the end of the day's proceedings, noting that with other terror attacks the person committing it often died in the process.

That gives Sweden a rare opportunity to use the legal system to try and find some kind of closure with the event that rocked the country at its very core on April 7th, 2017, when five were killed and many others injured as a truck sped down central street Drottninggatan running pedestrians over.

There is also a risk however according to the prosecutor that Akilov can use the trial to push his agenda, creating a delicate balancing act for both the court and the country to grapple with.

“He's still acting. The attack is ongoing today: his goal was to plan it, carry it out, and get publicity from it. That publicity continues every day, so his plan is ongoing. That's something to think about,” Ihrman explained, before adding that it is nonetheless important for the media to report on the process. Akilov's desire for publicity was one of the key themes to emerge from questioning by both the prosecution as well as representatives of the plaintiffs, and was something no less than seven lawyers representing different groups of plaintiffs probed him on.

Asked by Mari Schaub – a lawyer representing nine plaintiffs including two children aged five and 12 at the time of the attack – why he chose Drottninggatan to carry out the attack, Akilov answered “I wanted Sweden to react to my actions and stop sponsoring those who fight against the caliphate, and for them to call back their soldiers from the caliphate's territory”.

Pushed further on the choice of location by Göran Hjalmarsson, who represents 13 plaintiffs including several children, Akilov elaborated that he picked the central street because there was a greater chance tourists would be hurt, and therefore it would gain more international attention.

“If there were tourists from other countries there, like those from Belgium and other countries, it would pressure those countries and many others to rethink their actions,” the suspect stated, later adding that the weekend would have been a more ideal time for him to carry out his plan as more tourists would be present.

That Akilov's intention was to carry out an act of terror was made clearer by his comments on maximizing the impact of the attack, lawyers representing the plaintiffs argued following the conclusion of the day's proceedings.

In other areas however, such as gaining insight into his emotions and feelings about the attack, frustratingly little was revealed.

Representatives of the plaintiffs repeatedly asked Akilov if he felt any remorse for the attack, and invariably the suspect's reply was “that's difficult to answer”, with his expression largely blank.

The Uzbek was similarly elusive when lawyers in several instances questioned him on any memories he had from carrying out the attack and watching the chaos on Drottninggatan unfold in front of him.

Finding out if Akilov has any regrets over what he did is an important issue for those directly impacted by the attack, lawyer Göran Hjalmarsson commented following the conclusion of questioning:

“That's clearly a question that has significance for our clients and their relatives. He showed no remorse when we asked in any case,” he judged. Prosecutor Ihrman said that even if the issue of regret is not of importance to his goal of proving a terror-related motive to what happened on April 7th, he understands why it is important in a different way:

Though difficult to read when it came to his feelings about the attack itself, Akilov did show one clear moment of emotion: when lawyer Gustaf Linderholm asked him how he feels about Isis not yet taking credit for the attack.

“Have they not?” he reacted with surprise, apparently learning that for the first time. Akilov had sworn his allegiance to Isis before carrying out the attack, and has had limited access to media since being arrested on the night of April 7th.

READ ALSO: All of The Local's articles on the Stockholm terror attack

Even if the terror suspect was more willing to elaborate on some subjects than others, his defence lawyer said that he was pleased the suspect testified at all – something doubt had been expressed over in Swedish media during recent weeks.

“I'm pleased he could give his testimony. I'm happy he could answer all the questions, that's how I look at it,” Jonas Eriksson noted. “We've worked hard to try and get him to do it. It hasn't been easy.” And lawyer Schaub said she feels that those representing the plaintiffs got as much information out of the suspect as possible:

“Not getting an answer can also be an answer. We got as much as we can from Akilov. The things he doesn't want to answer are also an indicator for us.”

While not getting an answer to some questions may not be the ideal outcome for the victims and their relatives therefore – nor even Sweden in general – after an intense day of questioning at Stockholm District Court the justice process at least seemed to have moved forward. 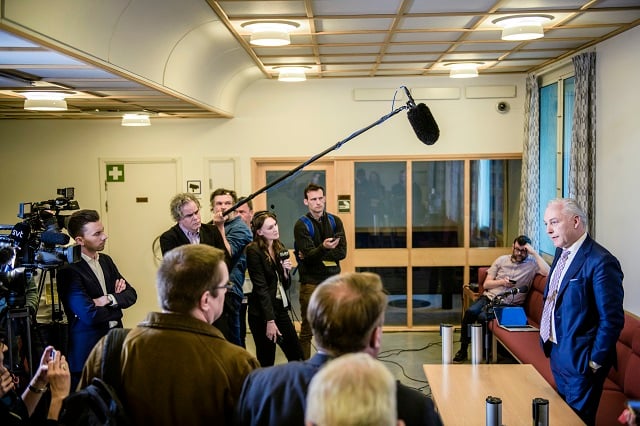 A life sentence is extremely likely after prosecutors called for this in their closing remarks in late April. Even Rakilov's defence lawyer has not mentioned any other possible outcome.

“Any other punishment than life imprisonment is excluded,” prosecutor Hans Ihrman told the courtroom.

The judgment is expected to be delivered at 1pm in Stockholm's City Hall.

It will attract huge interest in Sweden, with the attack described by prosecutors as “perhaps the worst crime ever committed in Sweden”.

The country introduced laws on terrorist crimes in 2003, and since then has experienced only one other Islamist terror attack: in 2010, a man blew himself up in a suicide attack in Stockholm, lightly injuring two people.

Akilov drove a truck down a pedestrianized street in the city centre in April 2017, killing five people and injuring dozens more. He swore allegiance to terror group Isis the night before, though the group has never claimed responsibility for the attack.

Akilov pleaded guilty to terrorism on the trial's first day back in February, and said his goal was to “murder Swedish citizens”. Whether he is found guilty depends on whether the court decides he intended to “seriously harm Sweden as a country” with the act.

The court must also decide whether Akilov is guilty of all 124 counts of attempted murder he has been accused of. The 40-year-old suspect denies 18 of them.

A life sentence in Sweden lasts 16 years on average, with 34 years the longest term a person has ever served in the Swedish justice system. 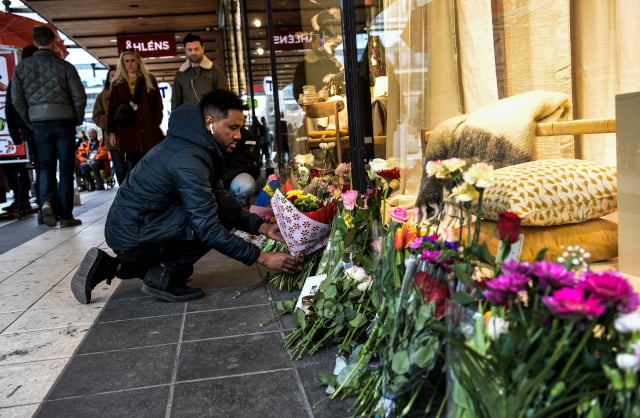 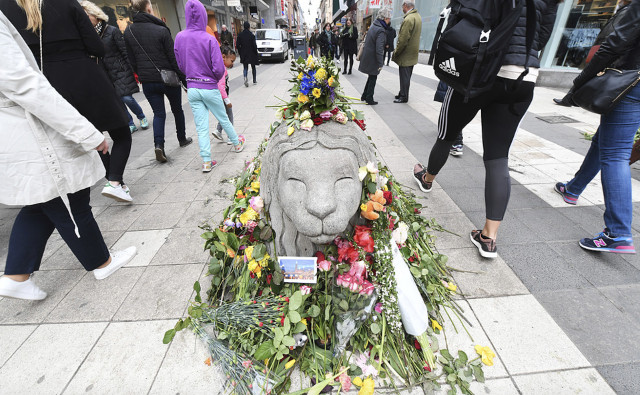