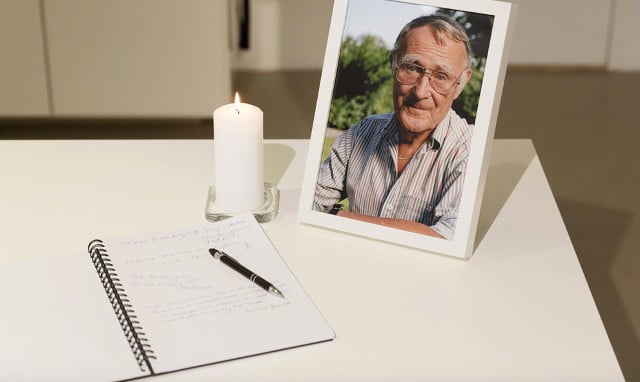 A tribute to Kamprad in the Älmhult Ikea museum. Photo: Ola Torkelsson/TT

Älmhult municipality in Småland, southern Sweden, is in discussions over how Kamprad’s legacy should be recognized. A statue of the entrepreneur has been ruled out however, as the Ikea mastermind was himself against such a move.

A municipal council committee has now tasked a group with brainstorming a number of proposals for how best to mark his memory.

“We want to honour Ingvar Kamprad in some way. But as we said earlier, we think it's important to do it in agreement with the family and based on the wishes he has previously expressed. That's why we've appointed a group of staff who will take proposals forward,” Ballovarre explained.

Kamprad died at the age of 91 in January following a brief illness. He was hailed as a “unique entrepreneur” by Sweden's Prime Minister Stefan Löfven, and for helping to “bring Sweden to the world” by King Carl XVI Gustaf.

READ ALSO: The life and times of Ingvar Kamprad