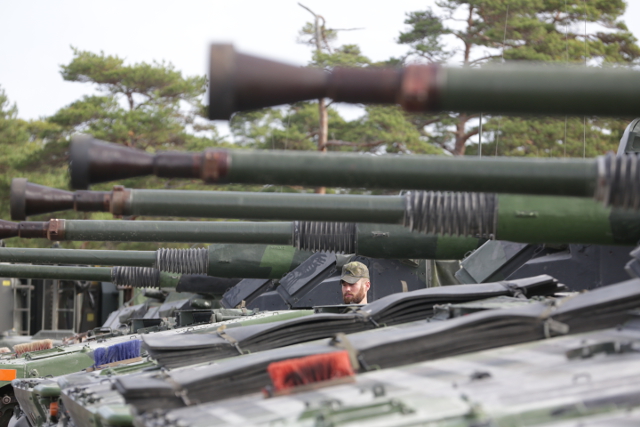 Sweden's Armed Forces want to boost staff numbers from 50,000 people today to around 120,000 people by 2035, the organization says in a new report looking ahead to ensure Sweden's military is able to meet future challenges two decades from now.

The report estimates that the total defence budget will have to be increased from today's 53 billion kronor ($6.5 billion) a year to around 115 billion kronor a year by 2035.

Formally called the “perspective study”, the report is released every five years and is intended to help guide political decisions and Sweden's overall defence strategy.

“There are several reasons to further develop the military defence. The geopolitical global development is unpredictable. Russia has through its actions in Georgia and Ukraine showed that they do not hesitate to use military force. They also plan to increase their military capabilities after 2020. Further reasons are that the society is more vulnerable to strain and warfare targets society as a whole,” an Armed Forces statement reads.

Sweden has made moves in recent years to boost its defence, including stationing permanent troops on the island of Gotland and reintroducing military conscription.

READ ALSO: What you need to know about military service and dual citizenship