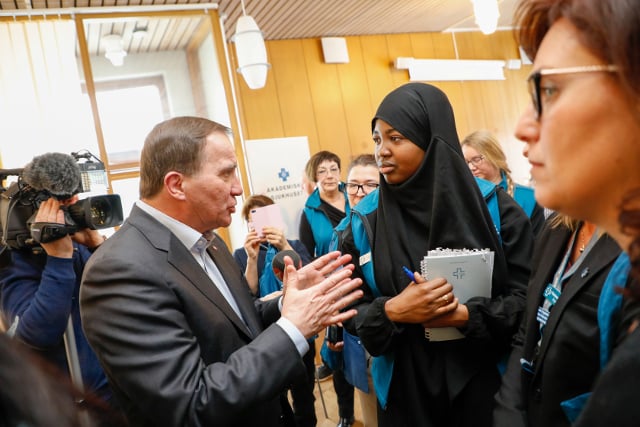 The car smashed into a guardrail though nobody was injured, officials said.

“There was some damage to the body of the car but nobody was injured,” said Karl Melin, a spokesman for Sweden's security and intelligence service Säpo, which is responsible for Löfven's security detail.

Löfven was on his way to Uppsala, 70 kilometres north of the capital, where he was to hold a speech at the Akademiska Hospital when the accident happened.

Säpo called a second car to the scene to replace the damaged one and the prime minister was able to continue on his way.

Road conditions were poor in the area amid heavy snowfall. Earlier on Monday, more than 20 cars were involved in a pile-up on the same autoroute, causing several light injuries.

Follow The Local's live blog for updates on the weather.