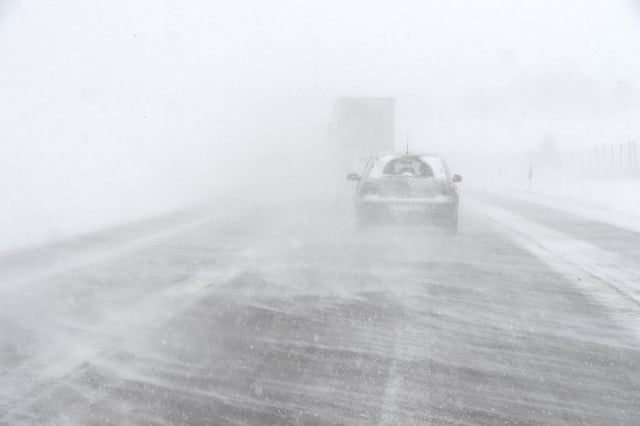 Weather warnings were in place for the south-east coast on Tuesday and some trains and buses were cancelled in the area around Kalmar. Schools remained open for those able to get there.

“As things are standing now, there will be pretty heavy snow showers passing along the eastern Götaland coast, with some spells in Stockholm, Uppland, the Sörmland coast and the Roslagen coast,” Marie Staerk, meteorologist for national weather forecast SMHI, told the TT newswire.

More trains in the area may be cancelled. Check Trafikverket's website for updates.

Another national 'isdygn' – a period of 24 hours when the mercury stays below freezing across the whole country – is expected on Tuesday, with temperatures dropping even further.

Some flights from Arlanda Airport were cancelled or delayed on Tuesday morning, but it looked like the rest of the day would be an improvement on Monday, when around 30 flights were cancelled.

Even the prime minister got caught up in yesterday’s snow chaos when the car in which he was travelling slid off the road south of Uppsala and crashed into a guardrail. Nobody was injured, but several other accidents were reported across Sweden on Monday as a result of the icy weather.