Johanna Möller has been convicted of killing her father and attempting to murder her mother in what Swedish media have dubbed the ’summer cottage murder case’ Photo: Alexander Larsson Vierth/TT

The court also upheld the 14-year sentence handed to Mohammad Rajabi, Möller's much younger ex-boyfriend, over the murder and attempted murder of her parents.

Tuesday's ruling comes after Möller appealed a 2017 district court decision in which she was sentenced to life in prison over the 2016 deadly stabbing of her father and the attempted murder of her mother as well as having instigated the 2015 suspected murder of her former husband.

The incidents all occurred near a summer house in Arboga in southern Sweden, prompting Swedish media to dub the case the “summer cottage murders”.

In a statement, the appeals court said that there were a series of “aggravating circumstances” concerning the death of Möller's former husband – whose death was initially treated as a freak accident and later as a suspected murder – but that the evidence presented in court was not enough to prove “beyond reasonable doubt” that he had actually been killed, thereby acquitting Möller of that charge.

The court said the aggravated circumstances involved Möller having – on several occasions – asked relatives for help to injure or kill her husband, but that those demands had been made on other occasions and in other situations and could not be linked to his actual death.

Throughout the court case, Möller has denied all charges against her, while Rajabi, whose relationship with Möller ended before the start of the trial, has admitted to the murder and attempted murder of her parents, saying Möller gave him the knife.

The evidence against the pair have included telephone logs, text messages, letters and witness statements including from Möller's own mother and children.

Rajabi, who is of Afghan origin, came to Sweden as a lone refugee from Iran in the autumn of 2015. His age was for a long time a point of contention during the first trial, because medical experts could not determine whether he was younger than 21, but documents from Iranian authorities eventually showed he was 20 at the time of the attacks on Möller's parents. In Sweden, a person aged under the age of 21 cannot be sentenced to life in prison. He was also handed a deportation order by the lower court, banning him from returning to Sweden – a decision which the appeals court confirmed. 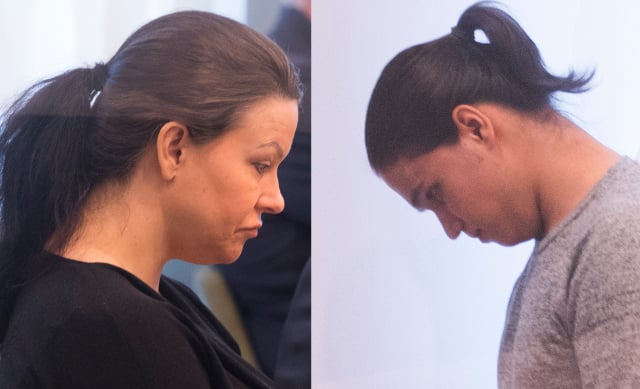