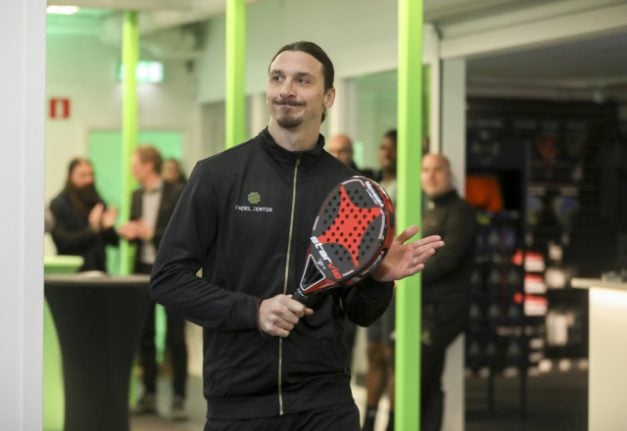 Ibrahimovic at an event in Stockholm. Photo: Sören Andersson/TT

Ibrahimovic, 36, is out of contract at Old Trafford at the end of this season and has been heavily linked with a move to MLS club Los Angeles Galaxy.

The former Paris Saint-Germain forward has not played for United since their 2-2 draw against Burnley on December 26, having decided that he was not in the right shape after recovering from career-threatening cruciate knee ligament damage sustained in April.

He hopes to return in time for the second leg of the Champions League last-16 tie against Sevilla at Old Trafford a week on Tuesday, but United boss Mourinho said the Swede's long-term plans may lie away from Manchester.

“For Zlatan, we all think it's his last season at Manchester United and it will be a very personal decision for him to play or to stop,” Mourinho told reporters on Friday.

“I think he won the right to choose his life, his future, such an amazing player and an amazing career.”

“Only that awful injury in the wrong moment broke a fantastic couple of seasons he could and should have with us.

“This season has been really difficult for him. He's not injured. Does he feel totally happy, ready and convinced that he's in the condition to help the team in this moment? No.”

“But he's such an honest guy and such a champion he only wants to be back with that feeling of: 'I'm totally ready for it'.”

“So he's working hard and hopefully his evolution brings him to that level
he wants to have a positive answer.”

Earlier this week Ibrahimovic hinted that he would like to return to the Sweden national team at the 2018 World Cup, though coach Janne Andersson has yet to express a similar desire.