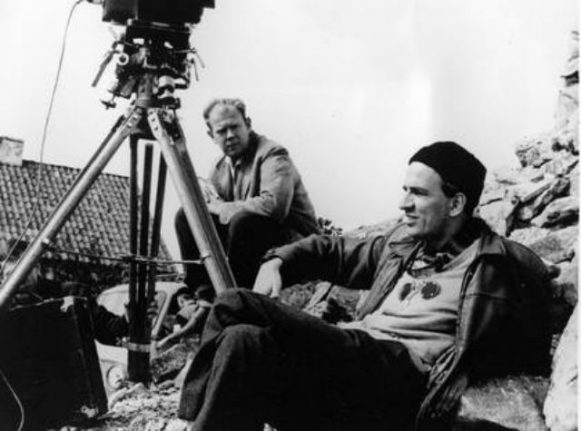 Born in Uppsala in 1918, Bergman is widely recognised as one of history’s most accomplished filmmakers.

Following a prolific career, the director lived his final years alone on the remote Faro Island, before passing away in 2007 aged 89. Had Bergman been alive today, 2018 would be the year he celebrated his 100th birthday.

Throughout his career, Bergman directed more than sixty feature films and documentaries, including the epic historical fantasy ‘The Seventh Seal’ and the 1982 classic ‘Fanny and Alexander’. Many of his films dealt with the recurring themes of faith and doubt, existential misery, infidelity, and humiliation.

His work was both personal and painful, achieving international acclaim and earning him no fewer than three Oscars and nine Oscar nominations throughout the course of his career. He was also the recipient of the first-ever Guldbagge award for his film ‘The Silence’ in 1963.

To mark the centenary of his birth, a series of events celebrating the famed director will run throughout the duration of the year.

Organised by the Ingmar Bergman Foundation, the festivities will take place around the world, from ‘Hommage á Bergman’, a dance performance taking place between 9th-30th June in Paris,  to ‘The Later Years – A Retrospective’, a month-long film retrospective showing in Maryland this July.

Of course, Sweden too will be celebrating the occasion in a variety of original ways designed to commemorate the Bergman's big year.

Stockholm’s regional film fund has made two major investments to celebrate Bergman in 2018.

Bergman also played a starring role at this year's Stockholm Design Week which took place in Sweden's capital at the beginning of February.

Final-year students from the Product Development and Furniture Design program at Träcentrum and the School of Engineering at Jönköping University celebrated Bergman’s centenary by interpreting the director’s work into seven unique pieces of furniture. A chaise longue inspired by Bergman's film 'Fanny and Alexander'.

Each night for seven days, a Bergman film was shown with the piece of furniture it inspired displayed alongside it.

“Ingmar had a lot of chaos in his head and needed a place he could relax,” says Niklas, a second-year furniture design student at Jönköping.

Along with two fellow students, Niklas designed a chaise longue (pictured above) that was inspired by Bergman's film 'Fanny and Alexander', as well as the director's life and creative process.

“It was hard work and we did a lot of research,” says Niklas of the creative process.

“Bergman was a very complex person, but we feel like this piece really represents him and his work.”

The furniture design project was run in collaboration with the Swedish film commissioners and is due to be displayed in the interior of the Swedish pavilion at the Cannes Film Festival in May 2018.