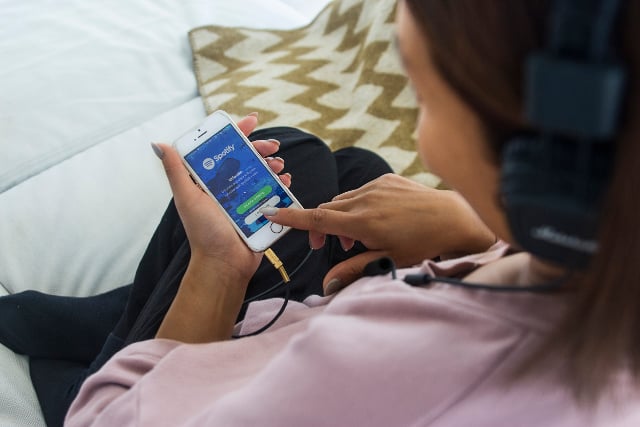 Is Spotify a force for good or evil? Photo: Isabell Höjman/TT

Spotify may uncontestably be the king of music streaming, but as the Swedish firm prepares for a stock listing, there is still a divide whether its reign is benign or not for artists and the music industry.

“We really do believe that we can improve the world, one song at a time,” Spotify's 35-year-old chief executive and co-founder Daniel Ek said in the documents filed to the US stock market regulator on Wednesday.

From Madonna to Daft Punk, the Swedish platform has distributed millions of songs over the course of a decade during which it helped make streaming the most popular way to listen to music in parts of the world.

Founded in 2006 by Ek and Martin Lorentzon in the staid Stockholm suburb of Rågsved, the firm now has 71 million paying customers worldwide, twice that of closest rival Apple Music. Other competitors include Google Music, Tidal, Deezer and Napster.

Yet Spotify, which estimated its value to be as much as $23.4 billion in its application to list some of its existing shares on the New York Stock Exchange, has yet to turn a profit.

Wall Street could go far in securing the Swedish startup's status as a success story if the listing goes well.

In 2006, Ek and Lorentzon, who rode the internet boom to riches, came up with the idea of creating a legal platform to distribute music online, which at the time was dominated by illegal file sharing sites.

They experimented with sharing mp3 music files between the hard drives on their computers.

In October 2008 Spotify was finally ready to go live after Ek pleaded with music labels to open their catalogues.

The music industry had survived the transition from vinyl to cassettes to CDs, but the ease at which songs could be copied and shared on the internet was eating into sales and profits.

They finally saw they would need to collaborate with startups offering a legal alternative to share music on computers.

But they wanted to enter the capital of Spotify. In 2009 they controlled 20 percent of the company.

And Ek and Lorentzon put in part of their fortunes to give confidence to the music labels.

The bet paid off.

In 2009, Spotify won the public backing of Facebook founder Mark Zuckerberg, who posted: “Spotify is so good.”

In 2011, when Spotify launched its service in the United States, it allied with Facebook.

It quickly won one million paying users, and the following year had five million.

However visionary Spotify's creators were, they didn't see coming the fast rise of the smartphone. The original software was written for PCs and Spotify was slow to release and app, which Ek has acknowledged could have killed the company.

How you can turn your startup into the next Spotify https://t.co/iNPiLLsCNV pic.twitter.com/3bJ9cV2wwz

Another problem soon emerged: top artists began to complain that the streaming service was paying them too little and cannibalizing sales of their albums.

Taylor Swift ended her contract with Spotify in 2014 over fees, and only returned three years later.

Ek said at the time that Spotify has paid more than $2 billion to music rights holders since 2008 and argues that streaming is better than the alternative for artists.

According to the website The Trichordist, Spotify paid an average of 0.03 euros ($0.037) for each song listed to by a user on the platform.

For comparison, Ek's stake in Spotify is worth 160 million euros and Lorentzon's 200 million, according to the Swedish business daily Dagens Industri.

'The Winner Takes It All'

“When Daniel Ek writes that Spotify wants to 'democratize' the music industry it rings hollow,” wrote the newspaper on Thursday.

It noted that 87 percent of the content on the platform last year was from the top four music labels.

Avanza analyst Johanna Kull also believes that the platform doesn't share enough with artists and songwriters, and that a lack of real competition between platforms hurts them as well.

“The Winner Takes It All,” she said in a play on the Abba song.

And for investors who buy into Spotify based on a valuation of $23 billion, “they better be ready for a bumpy ride,” she said.

SIGN UP here for a daily dose of Sweden in your inbox https://t.co/lz9OWkSntE pic.twitter.com/oH0PCKbrvx