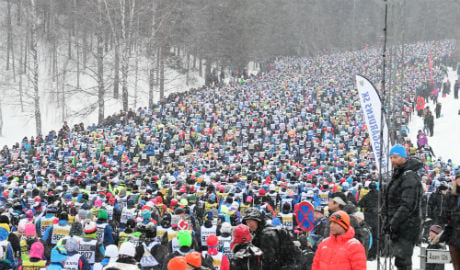 The weather was a warm -7C. Photo: Ulf Palm/ TT
“We’re not at all worried,” Tommy Höglund, one of the race's organizers, told The Local.
“It was bad at the beginning of the  week, -25C, but it’s good now. It will be good skiing conditions and easy to put on the grip wax.”
The first of the 97,411 participants set off from Sälen, near the Norwegian border, at 8am on Sunday.
Höglund earlier warned competitors to be extra careful, saying that competitors, particularly those from the south of Sweden, did not know how to dress for current extreme weather conditions.
“It's been a long time since we've had it so cold in Sweden. Many do not seem to have any experience in managing the cold,” he told Norway’s Adressavisen newspaper.
Offshoot competitions held earlier in the week saw several injuries with competitors hospitalised with frostbite to fingers and toes.
“Many had clothes which were too thin, are were not used to the persistent cold,” Höglund said.
The cold weather led to calls earlier in the week for the Nattvasan, a race held on Friday night that follows the Vasaloppet route, to be shortened or even cancelled, but in the end it went ahead as normal.
Press officer Camilla Sandy said the cold had nonetheless made the race tougher going.
“There were good conditions at the start, around -10C, but it was then -20C at some points on the track, and that made the going quite heavy because of the cold,” she told the Dala-Demokraten newspaper. 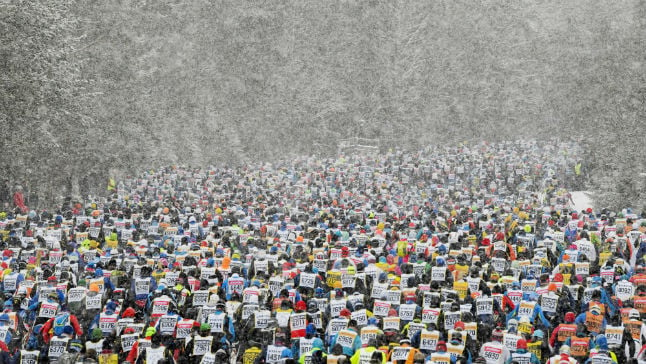 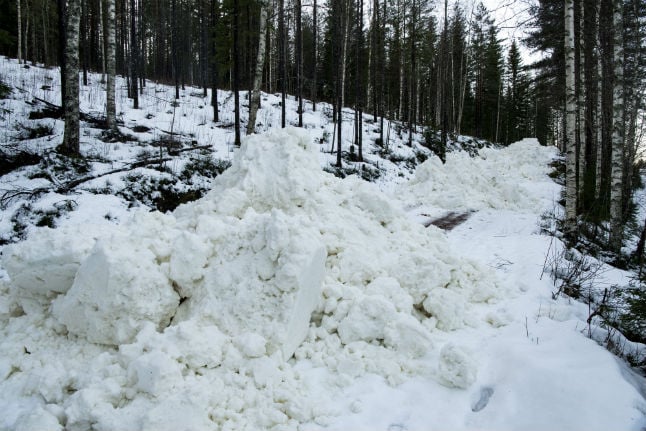 Competitors set off into light snow and wind. Photo: Ulf Palm/TT
Racers set off from Sälen at 8am on Sunday into light wind and snow.
“There's going to be fairly fairly heavy snowfall up until this morning,” Malva Lindborg, a meteorologist for Swedish state forecaster SMHI. Roar Inge Hansen, a meteorologist for the private forecaster Storm, predicted as much as 20cm of snow would fall over the day.
As they arrived to compete, racers welcomed the snow, although some pointed out it would make the race more of a challenge.

With an unusually warm winter leaving much of central and southern Sweden practically snowless, racers were fearing long into February they would end up skiing through rain, surrounded by snowless forest and fields.
The organisers had been forced to manufacture artificial snow, drive it out and dump it on the track to make sure it could be skied.
Colder weather over the last month had already made the track better than feared even before the snowfall on Saturday night.
The race, which was first held in 1922, follows the path of the young nobleman Vasa Ericsson Vasa, as he fled Christian II, the then King of Denmark, Sweden and Norway.
But while Gustav Vasa travelled from Mora to Sälen, the race follows the 90km track in the opposite direction.
SHOW COMMENTS 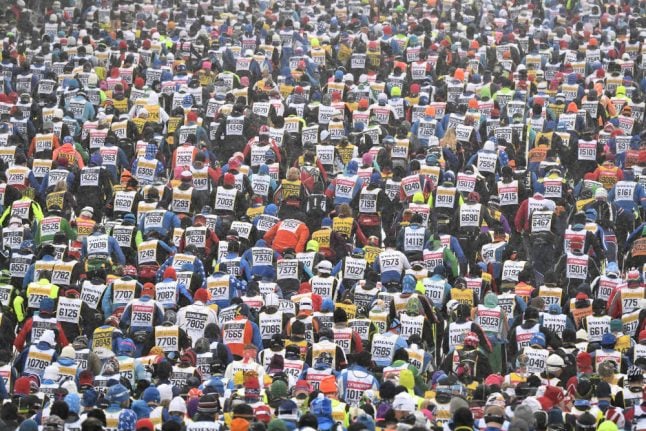 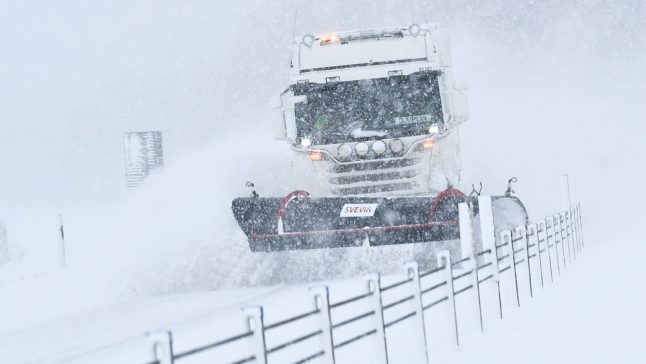