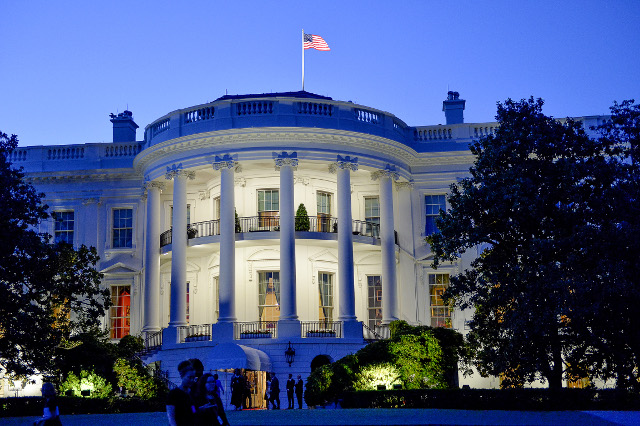 Löfven visits the White House with trade on the agenda. Photo: Jonas Ekströmer/TT

Löfven will be the first EU leader to meet Trump since last week’s announcement, which has left world leaders worried about the prospect of a trade war, and even Republican US Speaker of the House Paul Ryan urging the President to reconsider.

The plan would hit European and Swedish companies hard, and the matter will be on the agenda when former welder and IF Metall union head Löfven meets the New Yorker in Washington DC.

“The visit is now even more relevant and important. We have a chance to talk with the President and trade ministers before they make their final decision,” Sweden’s Enterprise and Innovation Minister Mikael Damberg, who is part of the Nordic country’s delegation, told news agency TT.

A more concrete decision on tariffs is expected to come from Trump this week. The EU could slap a 25 percent import tax on American goods in response, with Swedish EU Commissioner for Trade Cecilia Malmström telling the BBC that the union had drafted a list of US goods to be taxed.

TT reports that European Commission President Jean-Claude Juncker had a long conversation with Löfven ahead of Tuesday’s meeting. Colleague Damberg, who will meet Secretary of Commerce Wilbur Ross in Washington DC, says they will emphasize the importance of not hurting US allies and trade partners.

“Diplomacy is about creating relationships. But that does not mean you can’t be straight and clear.”

Along with trade, security policy will also be on the agenda, ranging from Nato to Ukraine, Sweden’s role on the UN Security Council, the situation in the Middle East, and North Korea. The last time Trump and Löfven met in the autumn, the Swedish leader offered to help with North Korea. The Nordic nation has a long-established diplomatic relationship with the dictatorship.

Before heading to the White House at 8pm Swedish time, Löfven will have lunch with the Congressional Swedish Caucus, which is comprised of members of Congress with Swedish ancestry and who work to strengthen Swedish-American relations.