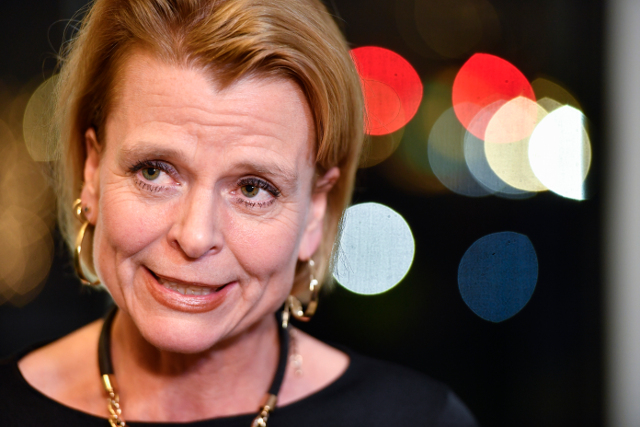 “She has led important processes and campaigns as a leading advocate for feminism and gender equality in Sweden and beyond,” said a statement issued by Guterres' office.

Regnér has served as Sweden's minister for children, the elderly and gender equality in Stefan Löfven's government since 2014. The Social Democrat-Green coalition has grabbed international headlines on several occasions for its commitment to gender equality and self-described “feminist foreign policy“.

“Very well deserved. The global work for women's and girls' rights must be strengthened – you are going to play a valuable role in that. The government will miss you,” she continued.

Regnér thanked Wallström and Löfven for supporting her candidacy for her new role, which she described as evidence that “the UN values Sweden's commitment to the UN and our feminist foreign policy”.

“I will work hard to ensure women's and girls' rights are prioritized in a global context, and for increased democratization and economic development around the world,” she added.

Happy and honored to have been appointed Deputy Director of @UN_Women @UN @SwedenUN https://t.co/jPhHOP3PQE

Regnér began her career fighting for women's rights as a volunteer for a Swedish NGO in Bolivia in the early 1990s, a nation to where she later returned as UN Women country director in 2013-2014.

She has also served as secretary-general of the Swedish Association for Sexuality Education (RFSU), a member of the International Planned Parenthood Federation.

Regnér told The Local in an interview last year: “Sometimes I hear colleagues from other countries say that gender equality happens automatically or will come with the next generation, but it doesn't! You need political leadership because it's about changing power structures and no one will give away his power just for the fun of it. You have to make visible the bizarre injustices.”

READ ALSO: What does the #MeToo movement actually tell us about Swedish feminism?