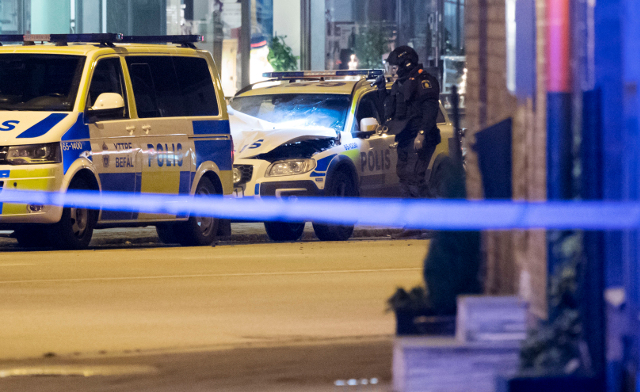 No one was injured in the detonation, which happened in the evening of December 29th, but it caused serious damage to the car and sparked debate in Sweden about the safety of police officers.

A forensic investigation found the blast had been caused by “one or several pyrotechnic products”. The investigation was unable to confirm exactly what kind of material was used, but said evidence found on the scene indicated that it may have been a powerful firecracker, likely a so-called display bomb.

Police apprehended the 23-year-old man at a bus stop around 100 metres from the scene shortly thereafter.

Initially considered a witness, investigators soon began to suspect him and arrested him for “devastation endangering the public”. However, Malmö District Court on Thursday found that the prosecutor had failed to prove that the accused was indeed the same man who placed the explosives on the car.

“The fact that the crime was a serious attack on the justice system and should be severely punished is obvious,” said judge Jacob Heister in a statement. “However, in order to hold someone responsible for the crime it has to be beyond reasonable doubt that the accused is guilty.”

The court judgment, seen by The Local, states that the man had been dressed in clothes similar to what was seen in CCTV footage of the incident. He had also claimed he had seen another person running from the scene, but a police dog failed to detect any traces of that individual, causing police to question his claim.

The court said these details did not speak in the man's favour, but it also noted that no forensic evidence tied him to the incident. It said that the surveillance footage was too low-quality to carry out a digital analysis.

One lay judge argued for a guilty verdict in a dissenting opinion, but the other two lay judges on the bench as well as the professional judge voted to acquit the man. He did however admit a minor narcotics offence and was handed a 2,000 kronor ($243) fine.