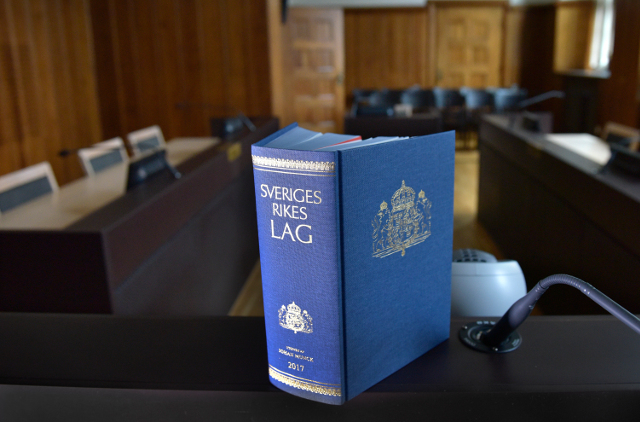 “It's a wake-up call,” Centre Party leader Annie Lööf told Aftonbladet, after The Local revealed that two lay judges appointed by her party had swung a court ruling based on what she labelled “Islamist” values.

Solna District Court in February acquitted a man of assaulting his partner in 2015, after the presiding judge and another lay judge were overruled by the other two lay judges. The verdict has been appealed, but what sparked debate in Sweden was not so much the conclusion as the apparent reasons behind the acquittal.

The judgment, apparently referring to the couple's foreign and Muslim background, suggested it would have been more normal for the woman to speak to her family about the alleged assault rather than the police.

It also said the man appeared to “come from a good family, unlike hers” and that it was not uncommon for women to lie about assault in order to get an apartment.

The two lay judges were expelled from their party shortly after the news emerged and were also suspended from their court duties – one left voluntarily, the other has appealed the decision – pending a review.

'It must lead to consequences'

The ruling has opened a can of worms in the Nordic country, sparking debate about its legal system, with politically appointed lay judges, as well as how to manage Islamist sympathizers in public life.

“I do not want politically appointed lay judges in courts. And I definitely do not want those who advocate Sharia laws in Sweden,” tweeted Roger Haddad, justice spokesperson for the Liberal Party, in response to the news. “The Solna District Court judgment must lead to action and consequences.”

Haddad's party is now taking the debate about politically appointed lay judges to parliament. They are unlikely to get much support from the government. Justice Minister Morgan Johansson noted in a statement earlier this week that reforms had already been introduced, back in 2014, which made it easier to dismiss lay judges.

But that has not halted the debate. Bengt Ivarsson, a senior lawyer and former president of the Swedish Bar Association, called for an inquiry into the lay judge system in an interview with The Local on Monday.

The Bar Association has on several occasions criticized how lay judges are appointed and that their votes hold as much weight as those of the professional judge, sometimes overruling the latter in district courts where they hold the majority.

But Anne Ramberg, secretary-general of the association, thinks the ongoing debate will have limited impact.

“I possibly think that the incident may affect how/who writes the judgment when it has been swung by the lay judges. And how the lay judges receive and 'approve' what's written. Other than that, I don't think it will have an impact on the lay judge system as such. At least not in the short term,” she tells The Local.

'The compass of democracy works'

It also emerged that one of the lay judges behind the judgment had spoken in support of certain separate laws for Muslims in Sweden – comments she says were taken out of context – as far back as a decade ago.

Centre Party leader Lööf's defence that her party had immediately expelled her and her colleague rang hollow when Swedish media pointed out that Aldebe had run for parliament for the party both in 2006 and 2014.

Lööf conceded that the party should have questioned her role at an earlier stage. “But this is a wake-up call for all parties. This kind of thing has existed within the Moderates, the Social Democrats, the Green Party and unfortunately now the Centre Party, too. These forces have been given high positions. It is completely unacceptable. As soon as I found out we started expulsion proceedings,” she told Aftonbladet.

“There have been a lot of wake-up calls, but everyone hits the snooze button,” Magnus Ranstorp, senior terror researcher at the Swedish Defence University, tells The Local.

“There has to be a holistic approach to Islamism. The problem is that political parties do not really want to dig too deep, because then they lose votes.”

Patrik Oksanen – who writes liberal-centrist editorials about politics and security for Swedish news network MittMedia – thinks the Solna District Court judgment may have been the straw that broke the camel's back.

“I actually think The Local's news about the court in Solna is a game changer. The glass of water was already full and this could be the final drop that causes it to overflow,” he says.

“I believe this is the beginning of the end of handing out money to religious groups that do not share the values of liberal democracy, and in their actions actually are working against the open and secular society,” he adds about reports of state funding of groups with links to Islamist organizations.

But for all the criticism of how the Solna judgment could have happened at all, the ensuing outrage (it is one of the top stories in Sweden) suggests the country is also able to identify and deal with such situations.

“One indication is that in this case, as well as other cases, Islamists have been thrown out of different parties very shortly after they have been exposed,” Oksanen tells The Local.

“This shows that the compass of democracy works, even if it is slow in implementation and the reaction should have come years ago.”