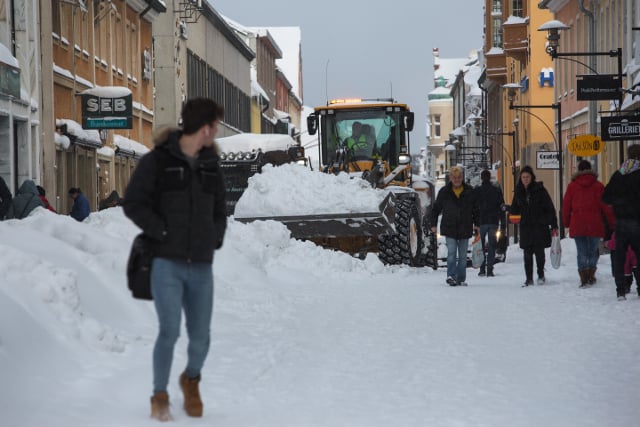 Sweden's national weather agency SMHI issued a class-one (the least serious warning on a scale from one to three) warning for northern parts of central Sweden on Sunday evening and Monday.

It said that between 10 and 20 centimetres of snow could fall in some regions by late Monday.

On Monday morning the warning applied to the counties Örebro, Värmland, Dalarna, Västmanland, Gävleborg, Västernorrland and Jämtland, apart from the mountain ski resorts in Jämtland county.

SMHI also warned of slippery roads in the region.

Sweden has got a chance at slightly warmer weather later in the week, said meteorologists.

“Even if the nights are clear and cold we could get some sun during the days and possibly some spring feelings,” SMHI meteorologist Therese Gadd told Swedish tabloid Aftonbladet.

Officially, spring has only reached the far, far south of Sweden. The Nordic country says spring has arrived when temperatures stay above freezing for seven consecutive days. You can follow its progress here.