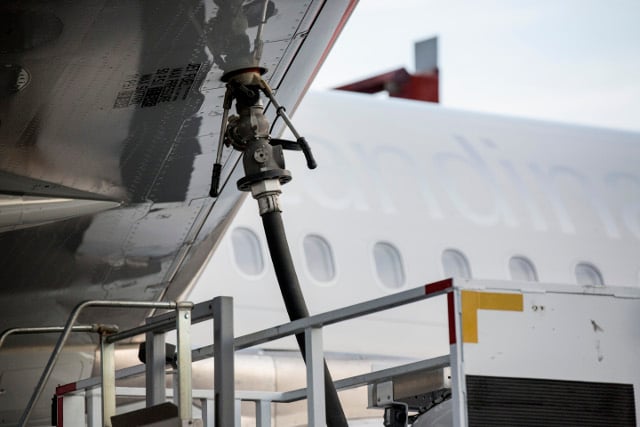 The breakthrough, from a study by Luleå University of Technology in collaboration with Sweden's Environmental Research Institute, showed that biomass gasification combined with a liquefaction process can sustainably and affordably produce aviation biofuel from forest residues.

The researchers argue that by using the technique, Sweden could become self-sufficient in biofuel production for domestic flights, and could even use the fuel for international flights.

“We have found a solution where the fuel used for Swedish domestic flights today can be replaced by biofuel produced from Swedish forestry raw materials in the near future,” Fredrik Granberg from Luleå University of Technology said in a statement.

“We know that there are production technologies that work, and we know that the Swedish forest industry can potentially supply forest residues in large quantities. The potential is theoretically more than large enough to sustainably produce biofuel for both domestic and international flights in Sweden.”

The next phase of the project is to demonstrate its feasibility by producing the fuel in sufficient quantities to carry out commercial domestic flights, for which the researchers are now seeking 150 million kronor ($18.3 million) in funding over a two-year period.

Sweden is well-suited for producing the biofuel thanks to its highly developed forest industry, which would be efficient in producing the raw materials, the researchers explained. A strong pulp industry could also help to reduce production costs, while it's hoped the planned demonstration phase of the project would minimize the market risks for future large-scale commercial use.

Phase three of the project – large-scale production of the fuel for commercial use – is still a number of years away however.

“There must be a willingness to start work on technology demonstration of green aviation fuel from forest residues already as it takes 5-10 years to get to the third stage in the development chain: a first large-scale facility for commercial production,” Granberg concluded.