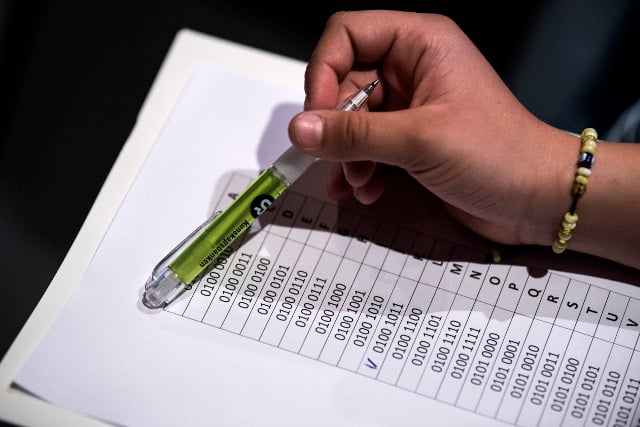 “Religious influence has no home in Swedish schools. The Social Democrats want school to provide all children with a good education regardless of their background, gender or religion,” the party explained in a press release.

While most of Sweden's schools are run by the local municipality, there are also a large number of independent schools (friskolor), which are publicly funded and must follow government guidelines on the curriculum, but operate independently.

Religious free schools have been a controversial subject in Sweden as of late. In 2017 for example broadcaster TV4 released footage of boys and girls entering a school bus from different entrances at a privately run Islamic school in Stockholm. Sweden's Discrimination Ombudsman later judged that the school had not broken anti-discrimination laws in doing so as the move was a result of male pupils being disruptive, but the same could not be said for the school's gender-segregated sports lessons.

“For us it's clear that no student should be subjected to religious influence in school. To have faith or not should be every child's own choice,” Social Democrat Minister for Upper Secondary School and Adult Education Anna Ekström said in a statement.

The cornerstone of an improved Sweden should be equality between schools where parents and students “can be certain that education provides knowledge founded in science and proven experience. Not religious dogma,” the party argues.

If reelected, the Social Democrats vowed to turn today's religious independent schools into non-religious schools, though the party still needs to investigate how to do that.

“I'm from a country where religious influence and gender segregation was present in every school. I never intend to allow that oppression, which I and many others fled from, to make its way into Swedish schools,” explained Minister for Public Administration Ardalan Shekarabi, who grew up in Iran before seeking asylum in Sweden.

“In Swedish schools it should be teachers and principals who govern, not priests and imams,” he added on Twitter.

At a Stockholm press conference presenting the policy on Tuesday, the two ministers argued that Swedish schools are going in the wrong direction, and that increasing segregation could in part be attributed to religious independent schools.

The Social Democrats will also make a proposal to parliament for a new law that would test the fitness of those who want to start and run an independent school.

READ ALSO: Sweden to crack down on gender segregation in religious schools