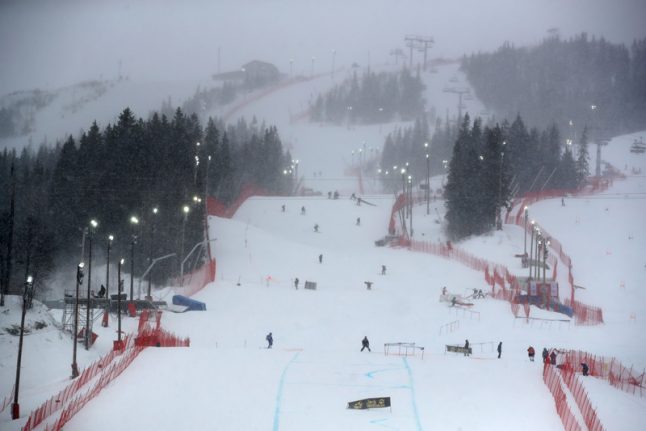 Workers dismantle the track after slalom races were cancelled due to weather at the alpine ski World Cup finals in Åre on Sunday. Photo: Alessandro Trovati/TT
The cancellation deprived Hirscher of a possible 14th victory of the season after he equalled the record of 13 on Saturday when he took the giant slalom, bringing him level with fellow Austrian Hermann Maier and Swedish great Ingemar Stenmark.
Hirscher has been the outstanding men's performer of the season, winning the giant slalom and slalom World Cup titles to add to Olympic gold medals in the giant slalom and the combined in Pyeongchang.
The bad weather meant Germany's Viktoria Rebensburg was crowned the giant slalom champion as she had a commanding 92-point lead over previous champion Tessa Worley of France.
Rebensburg, the 2010 Olympic gold medallist in the event, won three World Cup races this season and also collected two second places.