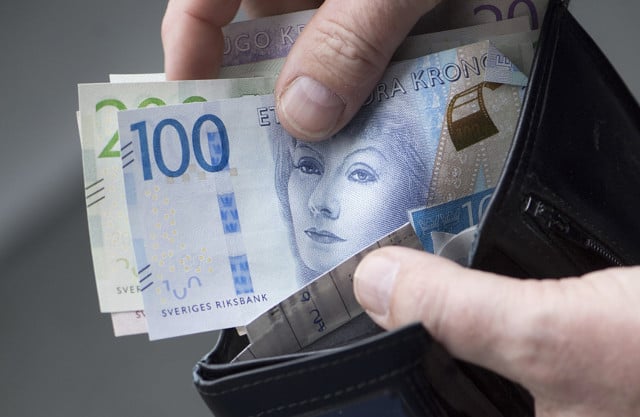 Seven out of 10 Swedes polled said they want to be able to pay with cash in the future when asked by pollsters Sifo, who were commissioned by cash machine firm Bankomat.

While the strongest inclination to keep cash was registered among the older people polled, the majority of the younger people also said it should still be around.

The Governor of Sweden's Riksbank Stefan Ingves warned recently that an entirely cash free future would be dangerous, as in a crisis situation risk-free assets like cash are important. Power supplies are also made invaluable if currency is only available digitally:

“If the power supply is cut it's no longer possible to make electronic payments. For reasons based purely in preparedness we need notes and coins that work without electricity.”

The Riksbank head has proposed that the law should change so that banks are obliged to handle cash – in Sweden it is often the case that they do not.

OPINION: Sweden needs change if cash-free future is to be feasible in time of crisis

The value of cash in circulation in Sweden has dropped in recent years: in 2013 it was around 88 billion kronor, but in 2017 it was only 57 billion.

Views on cash expressed in the survey varied significantly between those in small towns and those in large cities. The proportion of cash advocates was lowest in capital Stockholm, and highest in Västmanland, Värmland and Kalmar counties.