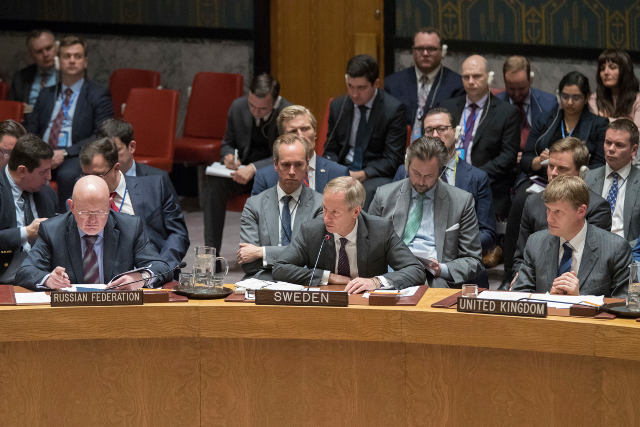 Foreign ministry spokesman Per Enerud confirmed media reports that the ambassador had been summoned to a meeting to take place at the ministry on Tuesday, prompted by the allegation.

“Yes that is correct,” he told AFP.

The Kremlin made the accusation after denying allegations by London and allies that it was behind the March 4th attack on Sergei Skripal and his daughter Yulia in the English city of Salisbury.

“The most likely source of this chemical attack are the countries that, since the end of the 1990s – and currently still – have been carrying out intense research on the substances from the 'Novichok' programme,” Russian foreign ministry spokeswoman Maria Zakharova said on Saturday.

“These countries are Britain, Slovakia, the Czech Republic, Sweden. The question should also be raised regarding the United States.”

“Forcefully reject unacceptable and unfounded allegation by Russian MFA spokesperson that nerve agent used in Salisbury might originate in Sweden. Russia should answer UK questions instead,” she wrote on Saturday.

Czech and Slovak officials have also rejected the allegation.