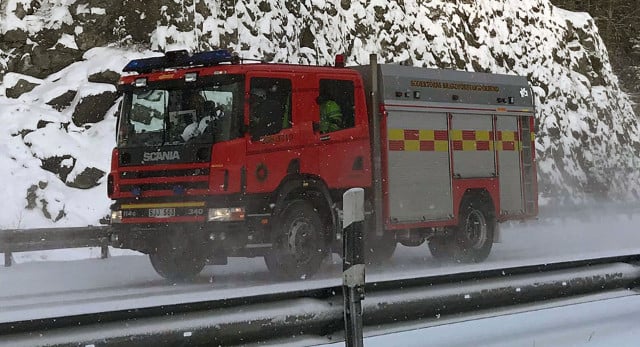 The man in his 30s woke up to a blazing fire in his house in Sundborn, Dalarna county at around 1am on Tuesday. Despite having no option but to jump in order to escape, he only suffered minor injuries.

“He has minor smoke injuries but fared quite well after jumping out. He had a soft landing in the snow,” Magnus Rissveds from Dalarna’s emergency services told newspaper Aftonbladet.

The man was alone in the house at the time, and firefighters could not save the building.

“Initially we went inside with smoke equipment, but we had to pull them out. There was so much snow on the roof that the risk of it collapsing was too big,” Rissveds explained.