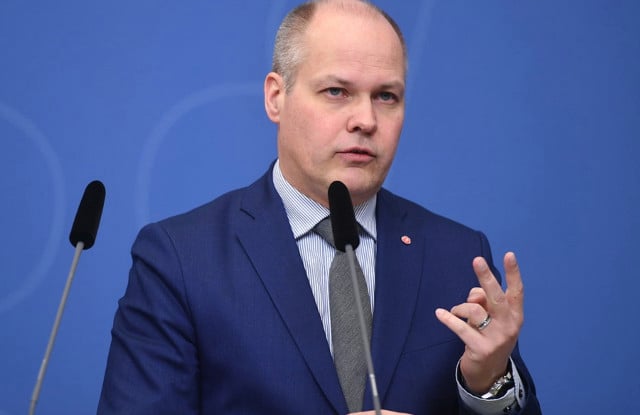 From July 1st having sex with someone without their explicit consent in Sweden will be illegal (the law will treat consent as possible either through words or clear actions), with the hope being that more rape and sexual assault cases will be prosecuted as a result.

“If it's not voluntary, then yes, that's an assault. I think it's important to reach that clarity in legislation,” Justice Minister Morgan Johansson said.

Sweden's Council on Legislation looked at the government's proposal and questioned whether it was even needed, as much is already covered in existing laws. But Johansson does not agree and thinks the new law will lead to more convictions.

“I think the number of crimes solved will increase. Above all through the combination of stronger and broader legislation together with increased support for the victims.”

The bill, handed to the Riksdag on Tuesday, will also include a broadening of acts considered criminal in the area. There will no longer be a need to prove intent in rape for example, while the punishment for serious rape will be increased.

The government has clarified some parts of the draft legislation after the Council on Legislation said that it was too unclear and difficult to know in advance what the new law considered illegal or not.

“We have not however changed the basic principle, that it’s willingness which decides if it’s an act of abuse or not. That’s different from current legislation, where it has to be shown that there was violence, a threat, force or that the plaintiff was in a particularly vulnerable situation,” Johansson noted.

A small addition to the text states “in assessing whether participation is voluntary or not, it should be taken into account whether willingness has been expressed through words, actions or in another way”.

Rape cases are often a matter of one person’s word against the other, making it difficult to prove what has happened as there are generally no witnesses. But the matter of what is considered evidence will not be changed by the new legislation.

Johansson expects the law to be backed by the Riksdag and begin on July 1st.

READ ALSO: Demonstrators call for Sweden to do more to combat rape