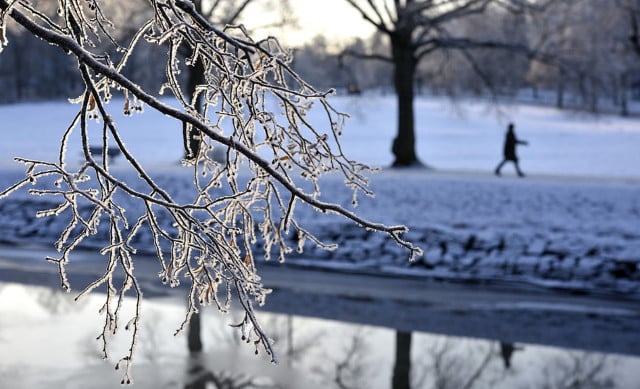 “So far there have been a lot of plus degree days in large parts of southern Sweden so it hasn't been extremely cold. But the cold nights we've had have kept the average temperature down,” Malva Lindborg, meteorologist for Swedish weather agency SMHI told news agency TT.

Normally by this time of the year spring has arrived in large stretches of Götaland and Svealand provinces, but snow and ice is still sticking around in central and southern Sweden.

“It's always a bit like this in the winter-spring period where there's a frontier between the seasons. It'll be a fight between cold air from the north and warm air from the south,” Lindborg explained.

Meteorological spring is defined in Sweden as arriving when the average temperature is above zero degrees Celsius for at least seven days in a row. Last year spring had arrived as far north as Sundsvall by late March.

In 2013 spring didn't arrive in Stockholm until April 1st however – though the normal time is around March 16th. In Gothenburg spring usually arrives around March 2nd, but in 2010 it was delayed until March 23rd.

READ ALSO: This Swedish city is completely untouched by the Beast from the East