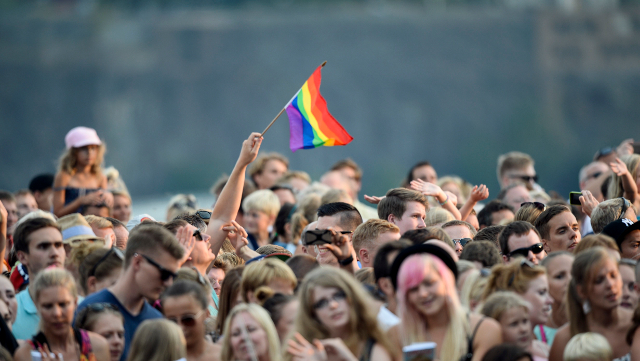 Campaigners have been fighting for this for years. Photo: Maja Suslin/TT

While often hailed as a forward-thinking society promoting equality for all, up until 2013 Swedes had to accept sterilization before getting official recognition for sex changes.

But hundreds of people who were sterilized between 1972 and 2013 will now be entitled to seek damages after the Swedish parliament approved the government's proposal on Wednesday.

Equality campaigners at RFSL, Sweden's largest organization for gay and transgender rights, welcomed the “historic decision” which they said followed “a long struggle”.

“We have strived for this since 2013 when the requirement of sterilization to change one's legal gender was abolished. Money can't undo the harm of unwillingly losing your reproductive abilities, but the monetary compensation is an important step for the state to make amends to all those subjected to this treatment,” RFSL's trans and intersex spokesperson Emelie Mire Åsell said in a statement.

In 1999, the Swedish parliament adopted a law granting damages of 175,000 kronor to victims of forced sterilizations under a eugenics programme that existed from 1935-1996.

The law was not changed, however, for transgender people, who were required to be infertile before authorities could change their official documents to reflect their post-transition gender. In practice, that meant most people went through with the full surgery.

Not until five years ago did the Stockholm administrative court of appeal rule that the practice of forced sterilizations was unconstitutional and in violation of the European Convention on Human Rights, and campaigners had been pushing for compensation since.

“Through this whole process RFSL has demanded that the state should, in addition to the monetary compensation, apologize to the whole trans community. Now we hope that the Swedish government will decide to organize a ceremony where a proper apology can be given. Then we can put this truly dark part of Swedish history behind us,” said Magnus Kolsjö, acting president of the organization.

The new law will come into force on May 1st and applications for compensation should be submitted to Sweden's Legal, Financial and Administrative Services Agency, Kammarkollegiet, by May 1st 2020.