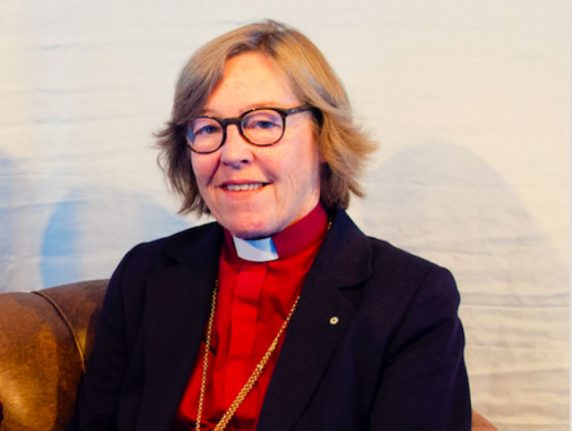 The formal decision was made by the Church Assembly, the body for the governance of the church, on March 19th, 1958. Prior to the decision, there had been several decades of discussion regarding the ordination of women.

Although it trailed behind its Nordic neighbours — Norway and Denmark have ordained female members of the church since the Second World War — the move came some 38 years before the Church of England first began ordaining women in 1994, while the Roman Catholic Church still upholds doctrine that only baptised men can receive ordination.

Founded in 1536 by King Gustav I of Sweden, the Church of Sweden is an Evangelical Lutheran national church headquartered in Uppsala just over 70km north of Stockholm. In 1593, the church became Lutheran, adopting the Protestant Christian theology of German ecclesiastical reformer Martin Luther.

Throughout the 20th century, the Church of Sweden swayed further towards liberal Christianity and human rights. The monumental law allowing women to be ordained as priests was passed in spring 1958, but it wasn’t until two years later, in 1960, that the first women were ordained.

Furthermore, since 1994 men who opposed working with women were themselves not allowed to be ordained into the church.

The church’s liberal status was cemented in 2009 when it approved gay marriages and began conducting wedding ceremonies for both heterosexual and homosexual couples.

Bishop of Stockholm Eva Brunne is the world's first openly lesbian bishop of a mainstream church and the first bishop of the Church of Sweden to be in a registered same-sex partnership.

“I know what it is to be called into question,” Bishop Brunne said after her election in an article on the of the Church of Sweden's website. “I am in the lucky situation that I have power and I can use it for the benefit of those who have no power.”

The country has long been a pioneer for gender equality, with a series of policies that ensure everyone enjoys the same rights, opportunities, and obligations in all areas of life.

In 2017, Sweden topped the EU Gender Equality Index showing that it is the best in the world at giving both women and men the same power to shape society and their lives.

This inclusivity applies to both secular and spiritual life in Sweden.

Just one example is the Swedish gender-neutral pronoun hen which can be used when a person does not wish to identify as a 'he' or 'she', and late last year the Church of Sweden urged its clergy to use gender-neutral terms when referring to God, refraining from language like ‘he’ and ‘Lord’.

Sweden's first female archbishop, Archbishop Jackelén, explained that the decision to use more inclusive language had been debated since 1986.

“Theologically, for instance, we know that God is beyond our gender determinations. God is not human,” she told Sweden’s TT news agency.