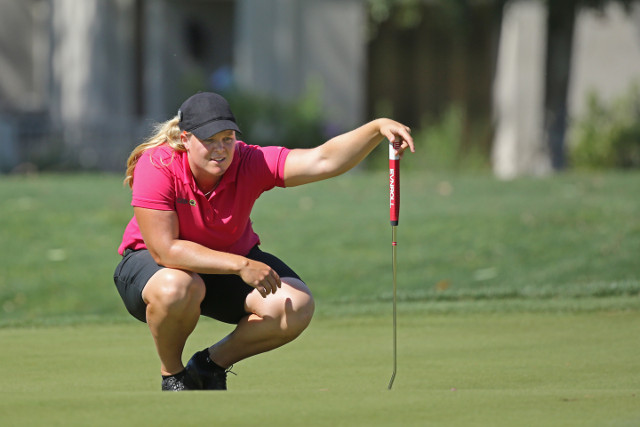 In the final tuneup before next week's first major championship of the LPGA season at Rancho Mirage, Park and Hedwall opened with bogey-free rounds at Aviara Golf Club in Carlsbad, California.

“It was just a solid day,” Hedwall said. “I hit it really well and started making a couple putts in my back nine. Just I'm really happy with how I'm playing and looking forward to the rest of the days.”

Hedwall began on the back nine and birdied six of her last 10 holes to join the lead pack. She birdied 18, followed with birdies at the second and third holes, birdied the par-5 fifth and eighth holes and closed with a birdie at the ninth.

Hedwall is winless in 125 LPGA events, her eight titles worldwide including five in Europe and three in Australia, including her most recent at the 2013 Women's New South Wales Open.

“I feel like my game is really solid. It's just my putting that I've actually been struggling with the past couple years,” Hedwall said.

“It's just all about trust and having self-confidence. I feel like I've gained that now. I had good practice sessions the last couple days, and it's starting to pay off. That's really nice.”

Park, whose most recent of two LPGA crowns was the 2013 Manulife LPGA Classic, began on the 10th tee as well but saved her best for last, closing with three consecutive birdies in a late-afternoon run.

“The greens are really soft, so easier to play more with the second shot,” Park said. “I tried to leave the uphill putts, so kind of worked well.”

Stoelting, seeking her first LPGA title, took a bogey at the par-3 third but responded by making birdies on six of the next nine holes then another to conclude her round.

“I hit a lot of fairways. I don't necessarily hit it far, but keeping it in the fairway is super-key this week,” Stoelting said.

“The greens are so big that I really tried to narrow my focus. They were soft, so I was able to fire at pins. Just a really good day.”