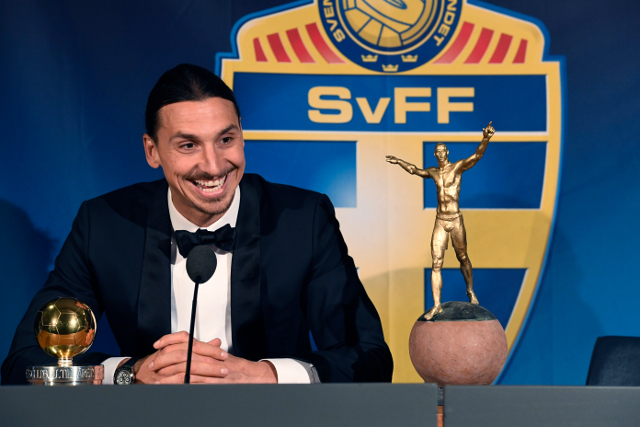 An unrelated picture of Zlatan being pleased to win a mini Zlatan. Photo: Jonas Ekströmer/TT

The 36-year-old's move to MLS had been widely reported on Thursday after Premier League giants Manchester United confirmed the player had been released from his contract.

Zlatan Ibrahimovic has taken out a full page advert in the @latimes announcing his arrival at LA Galaxy. Classic Zlatan. pic.twitter.com/TeFXM2De7e

The Galaxy have not released details of Ibrahimovic's transfer but Sports Illustrated have reported that the forward has inked a two-year deal worth $3 million.

Ibrahimovic's transfer comes after a serious knee injury last year disrupted the end of his stint with Manchester United, who he joined in 2016 from Paris Saint-Germain.

The charismatic goalscorer had not played for United this season since featuring in a 2-2 draw against Burnley on December 26th.

Ibrahimovic scored 28 goals in 46 appearances during a remarkable first season in the Premier League before tearing knee ligaments in a Europa League game last April.