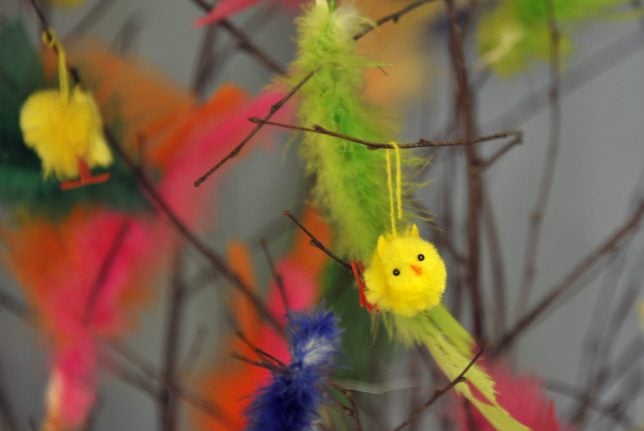 A report by animal welfare charity Djurens rätt shows the number of municipalities on the organisation’s ‘feather free’ list to have increased from 70 in 2017 to 130 this year.

Feathers are traditionally used, sometimes in combination with eggs and ornaments, to adorn birch branches in a form of decoration known in Sweden as påskris.

But the use of real feathers for the spring tradition appears to be declining, at least amongst municipalities.

Reasons for the trend include the difficulty in finding suppliers that can guarantee feathers are not taken from living animals; along with shortcomings in turkey farming, TT reports.

“How we decorate our påskris might seem like a small matter but it does say something about the way we view animals. There is no need to use materials from animals when there are plenty of animal-friendly alternatives,” said Moa Richter Hagert, director of communications with Djurens rätt, via a press statement.

READ ALSO: How to make the perfect Swedish chocolate cake for Easter