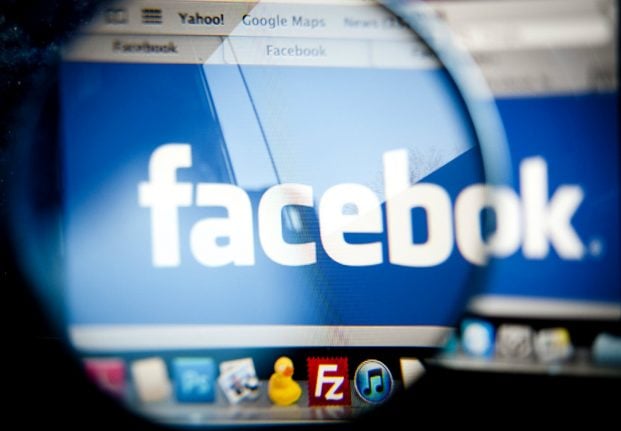 “We remove all content that is in breach of our rules when it is reported to us. On occasions we make mistakes. When that happens, we correct them as soon as we are made aware,” Facebook Nordic head of communications Peter Münster told the newspaper via a written response.

According to the report, the man wrote in 2013 a message saying, “Contact me to support your brothers at the front”.

The man, Ahmad Qadan, who lives in the town of Arlöv, was sentenced to six months in prison in November last year after being found guilty of using Facebook to collect money to fund weapon purchases for the Isis and Jabhat al-Nusra terror groups, Expressen writes.

An appeals court upheld a ruling finding him guilty of posting messages calling for “serious acts of violence primarily or disproportionately aimed at civilians with the intention of creating terror amongst the public”.

The statuses were published on an open account and were visible to any visitor to the page between May 2013 and June 2015.

Hans Ihrman, who led the police prosecution against Qadan, told Expressen that he could to some extent understand why Facebook did not respond sooner.

“In an ideal world it would be mandatory to report something like this, which is so irregular, to law enforcement authorities. But I have some understanding of the difficulties with it,” Ihrman said.

The account used to post the fundraising appeals was under a false name but was matched by police to Qadan’s real account through matching IP addresses and other information provided by Facebook, Expressen reports.