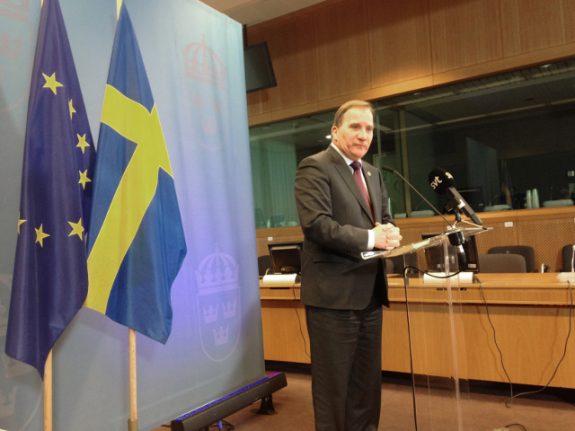 “The attempted murder in Salisbury is bigger than a bilateral issue between the United Kingdom and Russia. It another challenge to international protocol from the Russian side, so we must therefore act,” Löfven said in a statement on Monday.

The move is part of a joint response from European Union Member States to the nerve agent attack on March 4th, which the EU has clearly attributed Russia with carrying out, the Swedish government explained.

“We expect Russia to respond to the questions raised from the British side and cooperate fully with the Organisation for the Prohibition of Chemical Weapons (OPCW),” Löfven concluded.

EU Member States have on Monday gradually announced the details of a coordinated response to Moscow's attack on ex-spy Skripal and his daughter Yulia. Germany, France and Poland for example will expel four Russian diplomats each, Lithuania and the Czech Republic three, and Denmark, Italy and the Netherlands, two. Ukraine, which though not a Member State is part of the EU response, will expel 13.

The US meanwhile is to expel 60 Russian officials, and Canada will expel four.

In the days following the attack in Salisbury, Russian foreign ministry spokeswoman Maria Zakharova attempted to deflect and suggested Sweden could be to blame as one of the countries that “since the end of the 1990s have been carrying out intense research on the substances from the 'Novichok' programme”.

Sweden denied the accusations and instead told Russia to answer the UK's questions over the matter instead. Russia's ambassador to Sweden has since backtracked by labelling Zakharova’s comment “a guess, not an official explanation”.