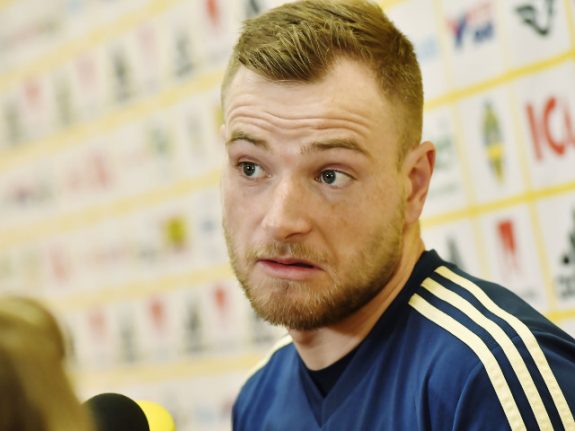 Guidetti, 25, has been playing Spain for three years, first with Celta and now on loan at Alavés as he attempts to convince Sweden coach Janne Andersson to give him playing time at the World Cup in Russia.

Asked by Marca if football is a chauvinistic world, Guidetti didn't hold back in his response.

“There's still a lot of progress to be made in all areas, but if we all do a bit, we'll live in a better world. I'm 100 percent feminist. I believe in equality, and that we should all have the same rights whether we're men, women, black, white, young, old. We deserve the same,” he replied.

The striker was also asked about his youth in Nairobi, Kenya, where he lived for years while his father was a teacher and charity worker.

“I went with my family and lived in Kenya for five years. I used to play football there and for me it doesn't matter where you come from. If you're a good person, you're my friend. I love Kenya, I love Africa, and I have a huge tattoo to do with it. They're always going to be part of me. I have a foundation there that helps kids play football and have opportunities. I'm trying to give something back to Africa.”

In 2015 The Local spoke with one of Guidetti's former coaches in Kenya, Tiras Waiyaki, who said the U21 European Championship winner was always unique, even as a child.

“They say every football team has a clown. John was the team's clown, often churning [out] rib cracking jokes that left us all in stitches. At times choosing to speak in broken Kikuyu (a local Kenyan language) it was all mad fun! He also used the pit latrines at the Olympic Stadium in Kibera with such calm and played barefoot when need arose.”

Guidetti's love of a joke came up in his conversation with Marca, who reminded him that after winning the U21 Euros in 2015 he proclaimed that he would “cost less than a cheeseburger” – perhaps not the best strategy when trying to negotiate a new contract with a new club.

“Sometimes people don't know I'm joking. I was a free agent so signing me would cost nothing – less than a hamburger. It's good to joke, not take life too seriously,” he explained regarding the earlier comment.