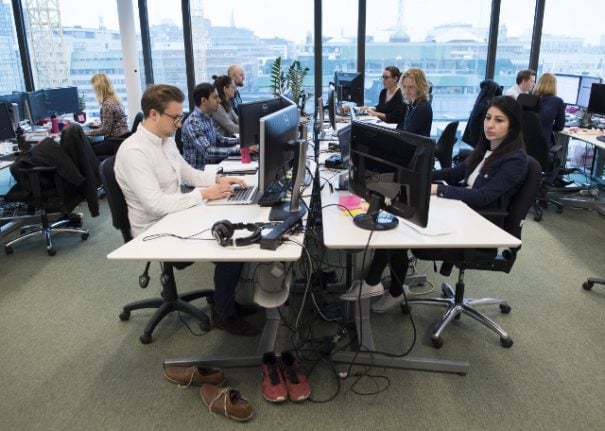 Both the UK and the US would gain if they matched Sweden, according to the report. Photo: Pontus Lundahl/TT

That's according to the 2017 Women in Work Index by accountancy firm PwC. The report looked at the potential gains for each country from increasing employment rates to match Sweden, a “consistently top performer in the index” which places second of all countries behind only Iceland.

For the UK in particular there would be an estimated “£180 billion boost to GDP from increasing female employment rates to match Sweden's 61 percent”. In the UK only 43 percent of women are currently in full-time employment.

The US meanwhile would gain the most of any country featured if it equaled Sweden: as much as $1.8 trillion. At present however the largest OECD economy has seen a decline over the long term rather than improvement: the US dropped from 9th in the 2000 Women in Work index to 21st due to falling female labour force participation and rising female unemployment.

Sweden, along with Finland and Norway, has the smallest participation gap in the workplace at four percent. Closing the gender pay gap by increasing female average wages in the country to match male counterparts however would still result in a 10 percent absolute increase in female earnings.

The index proposes that governments should adopt policies that encourage social support to women and families in order to increase their participation in work, as well as promote female entrepreneurship and opportunities for women to take on higher paid, higher-skilled roles through flexibility.

Their analysis shows that larger government spending on family benefits significantly reduces the gender pay gap. Making childcare more affordable for example improves female participation in the workplace by helping women to return to work, while shared parental leave helps to make sure it is not only women who take time out of work to care for children.

Sweden offers 480 days of parental leave per child which can be shared between parents as they see fit, but with each parent entitled to at least three months on a use-it-or-lose it basis. Women still use the bulk, but the number of dads claiming parental allowance keeps growing, with 27.9 percent of parental leave used by dads last year.

When it comes to childcare meanwhile, Sweden appears to be favourable compared to other countries, with a recent survey of expats in the country showing that a resounding nine out of ten were satisfied with the standard of childcare offered in their new home.

If the gender pay gap was closed entirely across the OCD, total female earnings would increase by $2 trillion, PwC predicts.