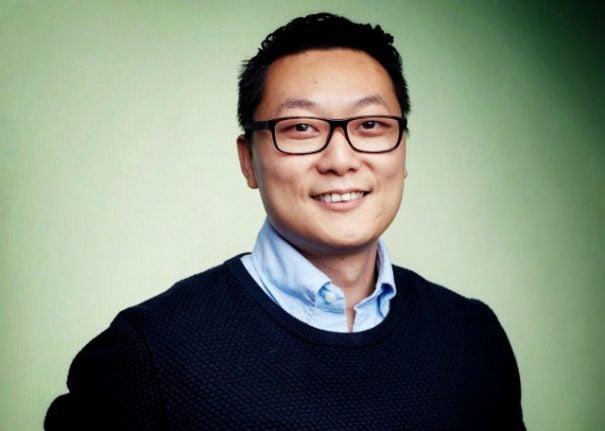 Kevin Zhang graduated from Stockholm School of Economics in 2016.

Kevin Zhang hoped getting his Executive MBA at Stockholm School of Economics (SSE) would help him find his way into a new industry. Originally from China, he’d spent eight years working in the Nordic tech field, first at Nokia and then at Ericsson, and had decided it was time for a change.

“I wanted to explore different horizons,” he told The Local. “I saw the MBA as a shortcut to start working in a different industry.”

And that’s just what it was. Since graduating in 2016, Kevin has gone onto forge a new career in strategic business development as well as founding his own financial service and marketing company, SinceUs.

Taught in English, with modules including Strategic Management, Finance and Sustainability, the 18-month Executive MBA programme is delivered part-time so students can continue working while they study.

It’s highly compatible with other degree programmes which makes it suitable for students from all professional and academic backgrounds. Many enrol looking to develop skills that give them better chances of obtaining high-level management positions within their organization.

Enhance your career with an Executive MBA

Others, like Kevin, hope the programme will help them to identify their transferable skills so they can pursue other career fields.

“I didn’t have a background in finance or management so I knew I needed to work harder than some of the other students,” says Kevin. “But that’s fine as long as you’re well prepared and do all the reading before coming to the class.”

But Kevin knew it wasn’t just the syllabus he’d find challenging. Juggling the programme with family life was always going to be tough.

“My kids were both very young when I started the MBA, so it was quite a tricky period,” he says.

Kevin was lucky that his wife was supportive of his decision and helped out as much as she could while he studied. He advises other parents considering taking their MBA to have a frank conversation with their partner before committing to the programme.

“We had a very open discussion about it and I had her full support. We prepared ourselves well. It was hard but we managed in the end,” he says.

It wasn’t just the support of his wife that was pivotal during this period.

To give the programme the time and attention it required, Kevin knew he would have to reduce his working hours. After speaking to his employer and explaining his intention to take the Executive MBA, they agreed to let him adjust his hours while he studied.

“You have to be open with your employer. I explained I needed to work part-time while I studied. That support was very important,” he says.

SSE alumni Karin Ebbinghaus is now working as an investment manager for a green tech fund.

Craving a challenge, lawyer Karin Ebbinghaus enrolled on the Executive MBA in 2014. Like Kevin, she knew she would need the full support of her firm before starting the programme.

“You have to have a very understanding employer and colleagues that can cover for you when you’re away,” she says.

With three children, now aged between 9 and 14, Karin knew the Executive MBA would be a juggling act. Living in southern Sweden, she needed to travel to Stockholm for the programme weeks, spending several days away from her family every few weeks.

Find out more about the Executive MBA programme at SSE

Karin was fortunate that both her husband and her mother were there to lend a helping hand. Being able to spend a few days focusing solely on the programme meant she could really dive into her studies.

“If you’re living away from home during the programme weeks, that can be really beneficial because you are really just in the MBA bubble. You can focus fully on that which is a luxury,” she says

Since March 2018, Karin has changed direction with her career and is now working as an investment manager for a green tech fund. Thanks to her MBA, her skill set is now broader which gave her better odds of landing a job outside of the legal industry.

“I don’t think I would have got this position otherwise,” she says. “The MBA was a real benefit and enhanced my chances of getting hired.”

She admits the MBA was hard work and at times took its toll, but believes where there’s a will, there’s a way.

This article was produced by The Local Client Studio and sponsored by SSE MBA Executive Format.