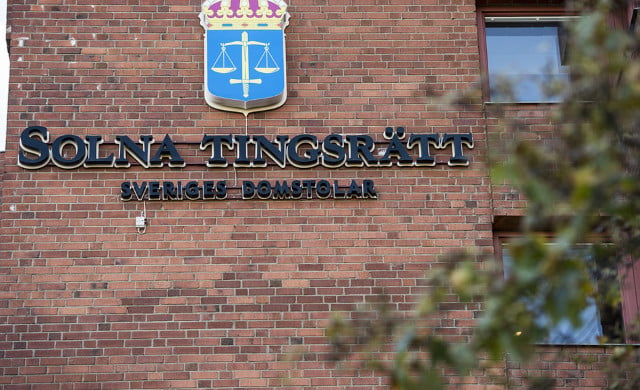 The ruling, revealed by The Local in March, saw a man acquitted of an alleged assault against his wife because his guilt could not be proven. The wording of the ruling sparked huge debate because it was based on factors such as it “not being uncommon for a woman to falsely claim they have been assaulted” and that the man “seemed to come from a good family” in contrast to his wife.

The decision was swung by two lay judges in a split court who pushed for the man to be acquitted, while the professional judge and a third lay judge argued for a guilty verdict.

“The ruling has attracted considerable attention in public debate, and information has emerged suggesting the professional judge wrote a different verdict than the one the lay judges reached. A report to the JO has also highlighted the issue of lay judges having a chance to go through the written reasoning for a decision before the ruling is expedited,” the JO wrote in a statement.

“The JO Lars Lindström has decided to start an initiative to find out if the judgement differs from the one the lay judges reached. In addition, the JO will examine whether there is a need to allow lay judges to read, or in some other way be informed of, the written reasoning for a decision before the ruling is expedited.”

The two lay judges who swung the ruling have rejected criticism of them, while one claimed that the written judgement differed from the one they communicated. The presiding judge, who wrote the judgement, insisted however that she wrote “what I perceived they had put forward as the basis for their conclusions”.

One of the lay judges has announced that he is stepping away from his role, while the second  was suspended from her position by Solna District Court and is appealing that decision. Both were expelled by the Centre Party – who appointed them to the positions – when the controversial ruling emerged.

READ ALSO: Does assault ruling show weaknesses in Sweden's use of lay judges?