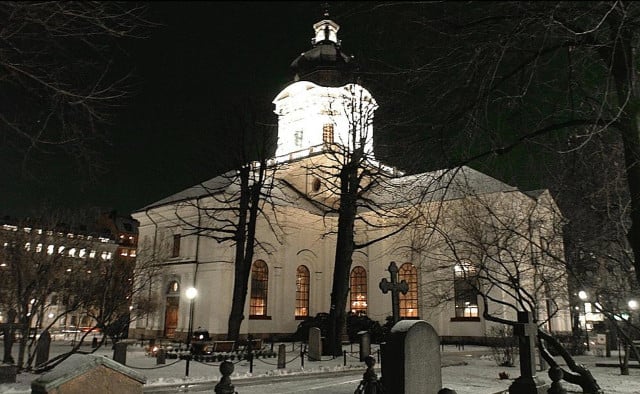 Rakhmat Akilov is currently on trial accused of terrorism for mowing down pedestrians on the Swedish capital’s busy Drottninggatan shopping street last year.

This weekend Reverend Annika Millde will lead services for those affected by the attack and those who want to show their sympathy.

“It is important to remember what happened because our history is part of our present and future,” Millde told news agency TT.

“Many people were on Drottninggatan that day, who in turn knew many others, and many were also upset by it. Then there are those who feel a need to show their sympathy and perhaps could not express what they wanted to a year ago.”

The first service in Adolf Fredrik Church in central Stockholm is only open to invited guests. They include victims and relatives, police, emergency services workers, and Swedish officials.

A memorial concert afterwards in Kungsträdgården park will be open to the public, and there will subsequently be memorial services for the public in both Adolf Fredrik and Sankt Jacobs churches.

“I hope we can create a space of quiet and reflection, but above all covey hope, and that the light is stronger than the dark,” Millde noted.

“There are so many good stories about what happened afterwards, it provides hope for the city that people who live here showed warmth and consideration rather than closing their doors through fear.”