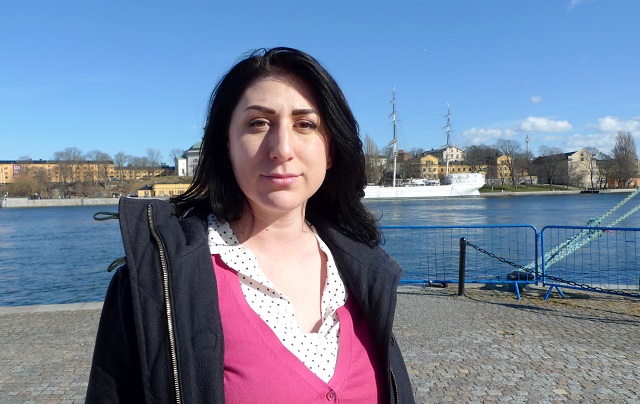 Connie Dickinson came to Sweden to study at Mälardalens högskola in Västerås in 2011, the same year Sweden introduced tuition fees for students from countries outside the EU. In her case, this amounted to 55,000 kronor (roughly $6,500 at current exchange rates) for each of the six terms.

But she quit the three-year course part-way through after the institution and its maths courses in particular were judged to be of “insufficient quality” by Sweden's higher education authority (UKÄ), and asked the university to refund her fees.

“This case was important to use because the university, and all publicly run Swedish universities, are government agencies,” lawyer Johannes Forssberg, from the non-profit Centre for Justice which represented Dickinson, told The Local on Tuesday.

“Their argument was that when they're providing a service to overseas students, who are obliged to pay, they're not liable for assuring quality in that service. The consequence was that these students had responsibilities to the university but no rights, and that's not reasonable.”

OPINION: Why you should do a PhD in Sweden

In total, Dickinson will receive two thirds – 114,000 kronor – of the 170,812 kronor she paid for her Analytical Finance course, as well as her legal costs, but the Centre for Justice argues that it is the principle of the decision rather than the exact figure that matters.

“It is definitely a precedential ruling. It's now established that foreign students have rights in Sweden and that universities have to meet the requirements set by law when it comes to quality of education,” said Forssberg. “This was the first time a student has sued a university in Sweden because of quality deficiencies.”

In its 2013 national evaluation of Swedish higher education institutions offering maths courses, UKÄ had said that Mälardalens högskola's teaching in the subject was of “insufficient quality”, with shortcomings in four out of five examination objectives. The university informed Dickinson and her fellow Analytical Finance students of this judgment via e-mail.

This was the catalyst in the American choosing to abandon her studies, having already noticed problems in the teaching.

“It was everything from trouble communicating with teachers to a programming class where they didn't even have enough chairs,” Dickinson told The Local in 2016. “It felt surreal, to the point where I questioned my own sanity.”

Supreme Court judges stated in Tuesday's ruling that the criticism from the Swedish Higher Education Authority showed that there were “significant flaws in the quality of the educational programme”. This evaluation put the university's ability to award degrees at risk, although after the university provided an account of measures taken to fix the shortcomings, UKÄ said in 2015 that it had now met requirements.

Mälardalens högskola refused to refund her fees, but in 2013 a local court ruled that it should repay Dickinson the full costs of her course, as The Local reported at the time, since her education had “lacked practical value”. An appeals court the following year confirmed that Dickinson and the university had entered a deal and so the university was liable for failing to keep it, but ruled that since Dickinson had nonetheless received tuition, the institution should only pay pack half of the fees. Both parties then appealed.

The case hung on the question of whether the agreement between the university and the student could be considered as a contract under Swedish civil law. The university itself has said that it did not object in principle to repaying Dickinson's fees, but wanted to establish “legal certainty” before doing so.

“When the government introduced tuition fees for international students in 2011, we never got an answer to how to handle the situation we are in. It must be clear how it works,” University Director Ann Cederberg said in a statement last spring. She said that a legal precedent was important both for students and state-run universities.

This precedent has now been set by the judges who said in Tuesday's ruling: “When it comes to the university's responsibility for the quality of the education, the court finds that there was a deal between the student and the university.”

Dickinson is currently studying at Stockholm University and also works part-time. “She's very happy; this has been a long struggle for her and she has felt from the beginning that it was unreasonable for her not to get a refund,” Forssberg said.

But equally important are the many other overseas students in Sweden who may also benefit from the ruling.

“We've had some inquiries from other foreign students, although this is the only case we have taken on. It's hard to say how many other students are out there who might have claims, but I'd guess there are others,” Forssberg said.

As for whether the decision could open up the possibility for non-paying students to receive compensation in similar cases, he was more cautious. “It's hard to predict the exact consequences for Swedish and EU students, but in the ruling it appears that it's a very important circumstance that it was a paying student, so I wouldn't go too far at this stage,” the lawyer said.