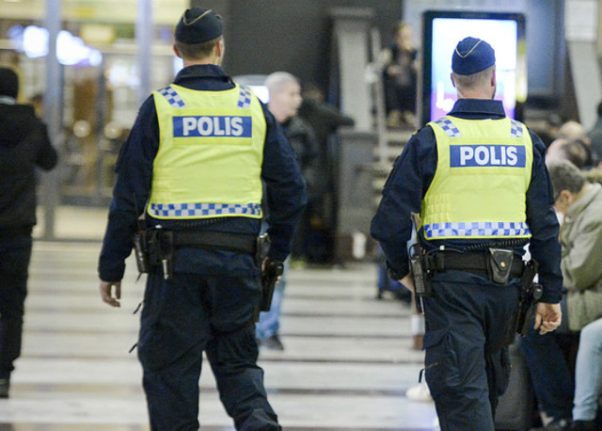 All officers on Sweden's streets are supposed to train at the “polkon” police conflict management courses once a year, but many are unable to do so as it would create understaffing.

The training includes tactics for weapons handling, protecting a third party and communications, and has been marketed by the police as part of the agency's efforts to tackle terrorism.

MORE FROM THE LOCAL ON SWEDEN'S POLICE: In a recent survey only 48 percent of eligible officers said they had received five or more days of training. Of the officers who work with intervention operations, only 46 percent said they have received the adequate training.

“It affects both the individual police and their colleagues, but most of all citizens. It's worrying,” Anna Nellberg Dennis, the vice chairperson of Swedish police union Polisförbundet told news agency TT.

The explanation is simply that there are not enough officers in general, she said.

“Crime is complex, it develops all the time and police work has to do so too. That’s why it’s so important for there to be more of us. So that we get a system which ensures a certain percentage are constantly part of training.”