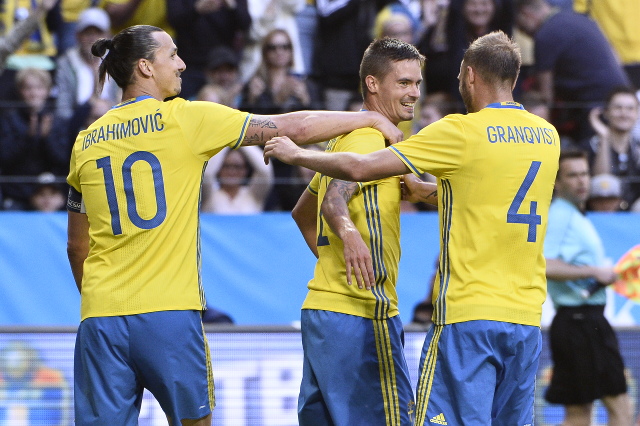 The striker's former teammates were growing increasingly tired of his speculation about a return to the Sweden fold at the World Cup, with captain Andreas Granqvist this week calling on the country's record goalscorer to be straight about what he really wants.

He didn't have to wait long. On Thursday afternoon the Swedish Football Association (SvFF) confirmed that the forward will not make himself available for selection.

“I spoke with Zlatan on Tuesday. He announced that he has not changed his mind with regards to playing with the national team – it’s a no,” Lars Richt from the SvFF said in a statement.

Ibrahimovic retired from Sweden duty after the 2016 European Championship, but as his country shocked Italy in the play-offs and qualified for the 2018 Russia World Cup without him, the striker started to drop hints that he could make a dramatic return this summer.

Last week in an appearance on US talk show Jimmy Kimmel Live Ibrahimovic boasted “I'm going to the World Cup”, before choosing to remain ambiguous when pressed if he means as a player or in some other capacity.

? Hear how @Ibra_official's first @MLS goal was called around the world. pic.twitter.com/88a9XRoHEx

Granqvist, named Sweden's player of the year for his heroics in World Cup qualifying, had pushed for his former colleague to state clearly what he wants.

“Zlatan should call (Sweden head coach) Janne Andersson or tell the media what he really wants. Then there wouldn't be any speculation,” the defender told Aftonbladet.

“I think a straight message from Zlatan would have been very good for the national team.”

“It would have been really good to dampen all the speculation. Or if he says that he feels very keen to come to the World Cup. That would be much easier for everyone. More black and white,” Claesson added.

Despite Ibrahimovic’s efforts to stir up speculation, coach Andersson has reiterated time and time again that the 36-year-old will continue to be treated as unavailable for Sweden duty until he calls to tell him otherwise.

“In my world he has left the national team and he has clearly communicated that,” Andersson told newspaper Svenska Dagbladet last week. “I don't believe in convincing players. I'd rather work with the 250,000 who want to be part of it,” he later emphasized in an interview with German magazine Kicker.

So if Ibrahimovic didn't want to return for Sweden, why did he hint in public that he could do so? Veteran Granqvist's answer echoes the suspicions of many others in the Nordic nation.

“Zlatan is very good at building business. That's what it has been about until now, I think. He's skilled in that way. Beyond that I have no idea if he wants to play at the World Cup or not.”