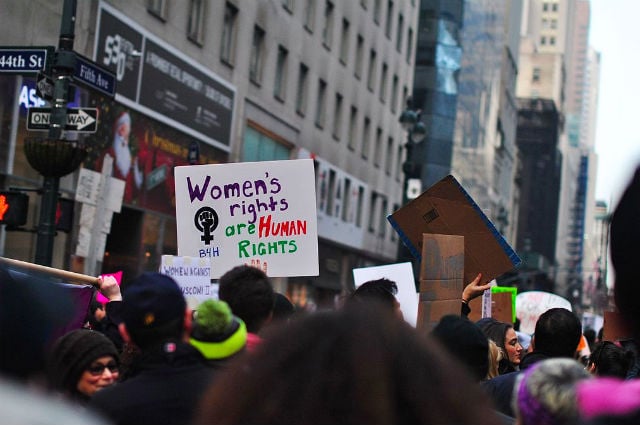 In the three days I spent working as an SI NFGL reporter at the Stockholm Gender Equality Forum, I met and was amazed by hundreds of feminism activists from over a hundred countries who have been fighting a better presence and future of girls and women.

I feel committed. I feel enlightened. I feel inspired. I feel the change is close. I feel our fight is winning.

I shouldn’t feel a void but I did.

Since my arrival in Sweden, I tend to forget how much I struggled to say the word “feminism” in Vietnamese because we simply didn’t have it constituted in our vocabulary. I have become privileged. I have the tools, the language, the foundation, and the policies to empower me in our fight for gender equality. I realise my own responsibility, in this communication career path, for there must be a better communication going on cross sections, cross interests, cross genders, to mobilise resources that we can utilise and build upon as the foundation of our feminist movement.

I will also take the opportunity to rectify the media narratives, to use communication to unmute voices that were once silenced. I find myself dreaming of Vietnamese women representing our country, our South East Asian countries, what will they say? Something similar to this, I bet: Be genuinely inclusive.

To build a stronger, smarter, healthier world, we need the involvement of both genders, all sexualities, all races, all ethnicities, all classes, you and me, we and they.

So speak up, participate and change our own stories.